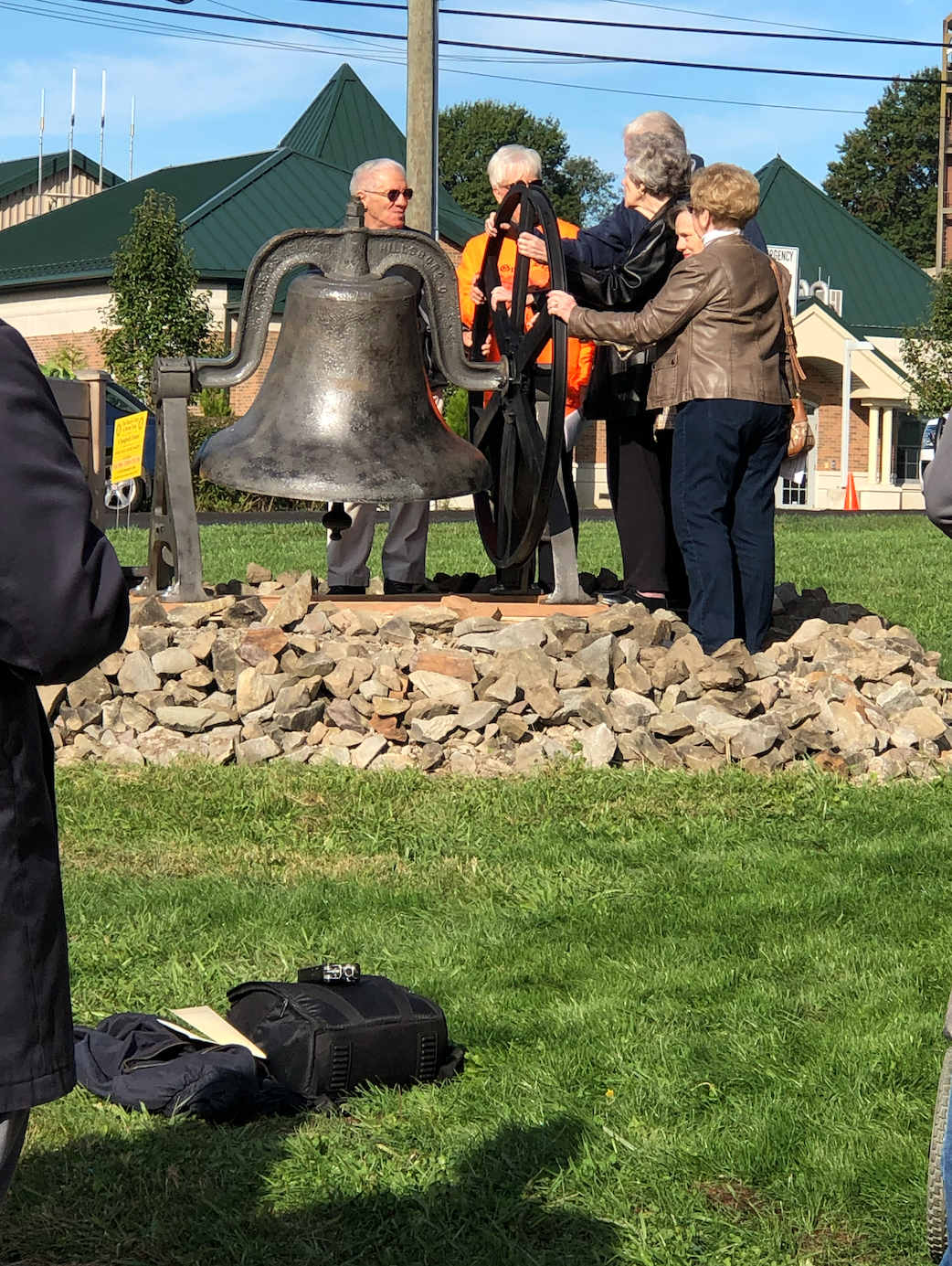 Former students from the classes of 1952 and 1954 preform the ceremonial ring. (Erin Dublin)

Former students from the classes of 1952 and 1954 preform the ceremonial ring.

Since before BPHS was a campus, there has always been a bell located at the school. But as of August 19, the bell has been removed. But many people wonder, where did the bell go?

The historical society is located at 2600 South Park Road, and it was originally the Bethel Township High School in 1905. They’ve been fixing up the building as a museum for everyone in Bethel Park to see. And with the edition of the bell, the schoolhouse will be one step closer to completion.

On October 13, the Historical Society had its third annual open house. They started the day with a presentation talking about the building and what they’ve achieved over the past year. Finally, they revealed what everyone has been looking forward to, the bell. To celebrate the bell being brought back to the place it belongs, they had people from the classes of 1952 and 1954 perform a ceremonial ring.