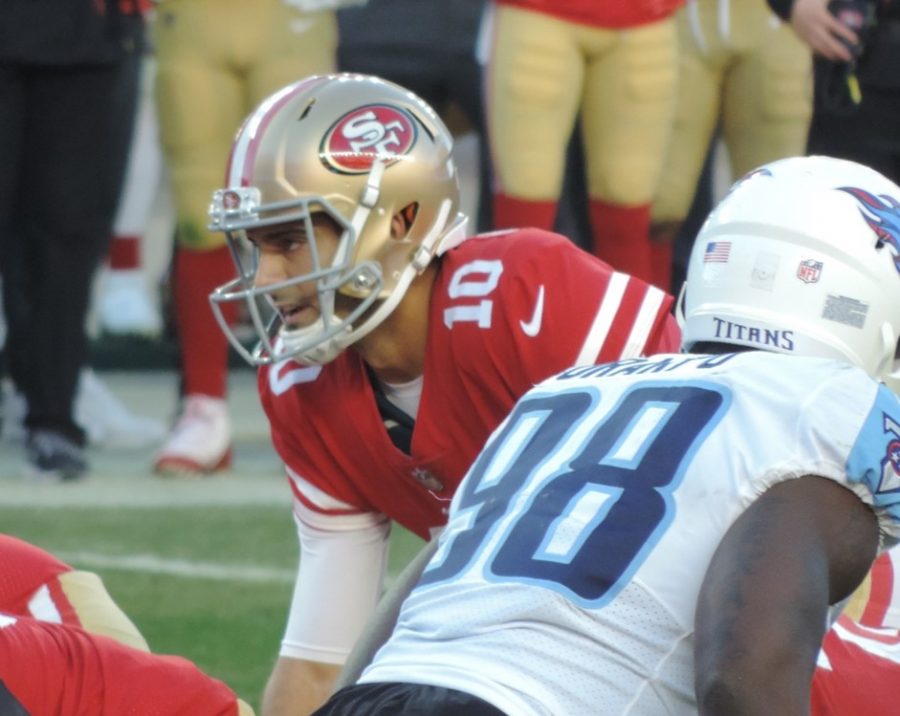 I think that the 49ers defense will overpower the Chiefs offense. Their d-line consisting of Nick Bosa and Deforest Buckner, can bring pressure to Kansas City’s quarterback, Patrick Mahomes.

The real question is will Patrick Mahomes be able to handle the pressure? I don’t think so. While Mahomes is a top 3 QB in the league, he is still extremely young and inexperienced.

The 49ers are going to have to get a running game going to be in this one. In the past two games, the 49ers have had more than 450 yards rushing.

For the Chiefs, they have given up less than 100 yards rushing in their last two games. Their key to winning is to stop the run and forcing Jimmy Garoppolo to pass the ball down the field.

The defensive key for the 49ers is to stop the big play. If they can limit big plays from Tyreek Hill and Patrick Mahomes, then they should be able to keep the game close.

San Fran’s x-factor is George Kittle for this game. If he can find a way to insert himself into the passing game and make big plays, then the 49ers’ chances of winning significantly increases. But it isn’t just his effect in the passing game that makes him special, he is the best pass blocking TE in the league.

The Chiefs’ x-factor for this game is Tyreek Hill. His speed and his ability to make big plays make him a very talented player. He is one of the fastest players in the NFL, if not the fastest.  He is only 5-foot-10, but his route running and catching is phenomenal.

If the 49ers can keep the Chiefs off the field and establish a good run game, then they should be able to come away with their seventh franchise Super Bowl win.

If you want a picture to show with your comment, go get a gravatar.