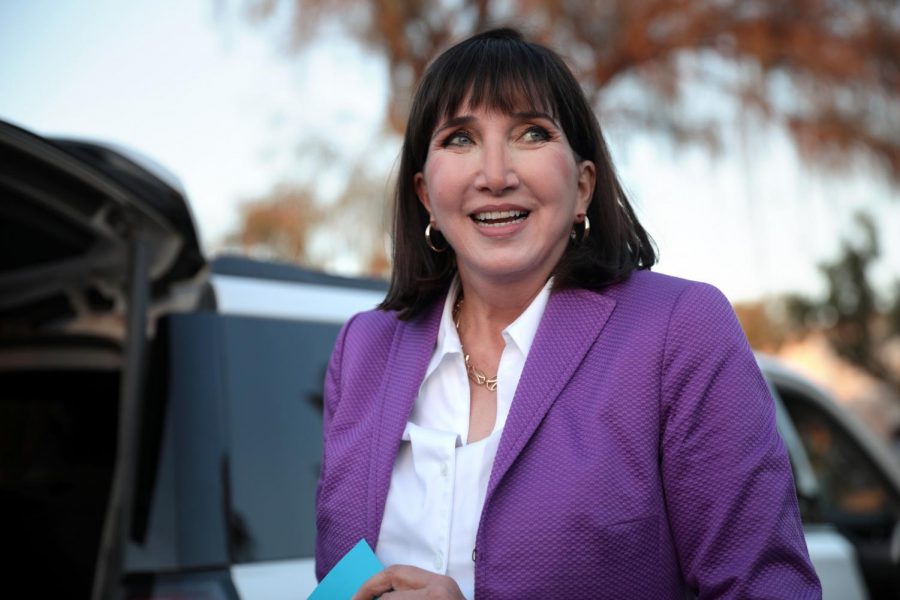 Jo Jorgensen speaking with supporters at a campaign rally at Eldorado Park in Scottsdale, Arizona on Oct. 10.

Libertarian Jo Jorgensen is just right for the job

Jo Jorgensen is a very popular name among the Libertarian Party. She is the 2020 Presidential nominee for the Libertarians, also being the first woman to represent the party.  She was nominated on May 23, 2020. Jo put her campaign on hold upon the sad passing of her mother, which has made a lot of people forget about her. Today, we are going to be going over who she is and what she represents for her party in the upcoming election.

Now, we will be getting into her politics. She believes both the Democrats and the Republicans are failing with their plans. How? Both parties have plans that are going to induce trillion-dollar deficits upon the nation. She wants to provide an alternative to decrease federal spending. How will she do this? She wants to make the government much smaller.

Her main belief is to make the government smaller, so these are her plans and actions to do so. She wants to stop building the mall and reunite families that were separated at the border. Also, environmental issues are huge to Jo. Cutting out the burning of fossil fuels and replacing them with safe, nonpolluting high-tech nuclear power will help the environment. As well as implementing off-grid solar power. The United States needs to remove hurtful tariffs and promote free trade, she says.

Another plan she has to decrease the size of the government is eliminating the Department of Education. Jo has been alive for a long time and has been through school much longer than most of us have. She feels that the quality of education has been declining, while spending has only gone up. Relocating the authority of the schools to the teachers, parents, and students is something she believes in heavily.

Finally, to finish, we will be going over the two most controversial topics and her stances. First, gun control; she is an oppressor of additional restrictions on gun laws. Secondly, in regards to abortion, she is pro-choice. She believes that the government needs to stay out of people’s personal decisions.

While you may not have heard of Jo Jorgensen a lot in the headlines, she is a real thriving nominee in a third party. Doing research on candidates outside of the Republican and Democratic parties will give you important knowledge. It can also change your ideas and maybe just change your stance on an opinion. Hopefully, after reading this when you hear her name on Nov. 3, you have a solid opinion of who she is and what she stands for.