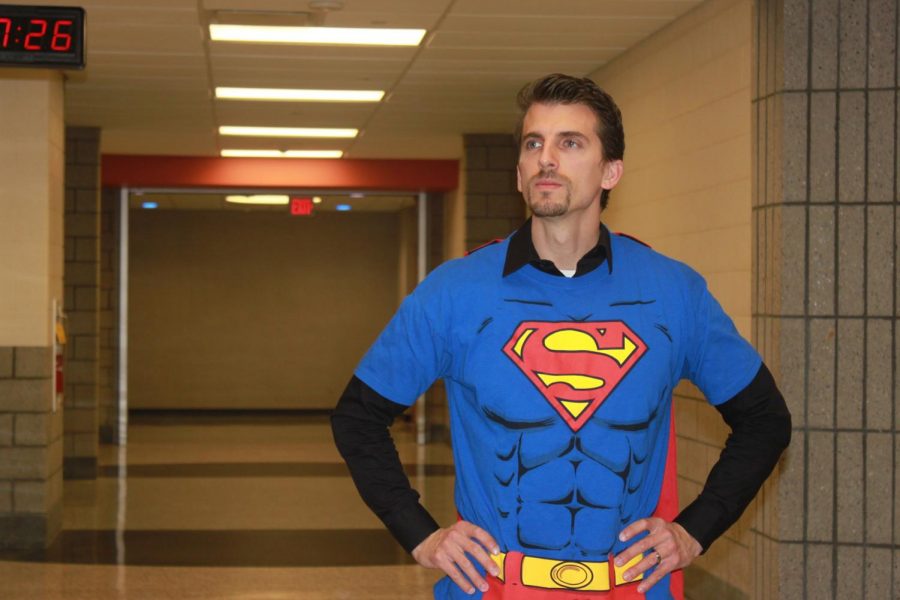 Mr. Mang in his natural state.

John Michael Allemang, the English teacher here at BPHS wanted to follow a path other than teaching. Before being the standout teacher he is, he wanted to pursue a career of being a priest.

In high school, Mr. Allemang was a cross country and track runner and wrestler. He was an active member of Student Government Association, National Honors Society, and held a 4.3 GPA. His ambitions to become a priest began in middle school.

When asked about what made him want to be a priest, he said, “I couldn’t be a superhero so I wanted to be the next best thing: a priest.”

Immediately following high school, he attended a seminary for a year and a half. It was a minor seminary in Carnegie where he would have been for four years. He also had to attend Duquesne University for philosophy at the same time.

When asked how his experience in the seminary was, he said: “It helped to shape me into the gentlemen and scholar I am today. Overall, it was very formative.”

Mr. Allemang decided that he wanted to one day get married and have a family. Therefore, this ended his plans of wanting to be a priest. He wanted to pursue a job of teaching children English rather than teaching people about God.

He realized his true calling of being a teacher when he thought back to all the cool teachers he had at Bethel Park (S/O to Mr. Mach, Mr. Vic, Mr. Allman, Mr. Beltz, Mr. Smock, and Mr. Youngs, to name a few), and he wanted to impact children the same way that they did to him.

He later met his wife at a Relay for Life. Mr. Allemang married his wife, Dana, in 2012, which coincidentally is the year he would have been ordained as a priest.

He also has two pet cats named Felix and Zena. Felix has cost Mr. Allemang nearly $3,000 because of the consumption of hair ties and kidney failure. No matter what, he loves those little guys.

Mr. Allemang can be found in Room 107 where he teaches Journalism, English 10, and English 11. He sponsors the newspaper, yearbook, and the Sophomore Class.