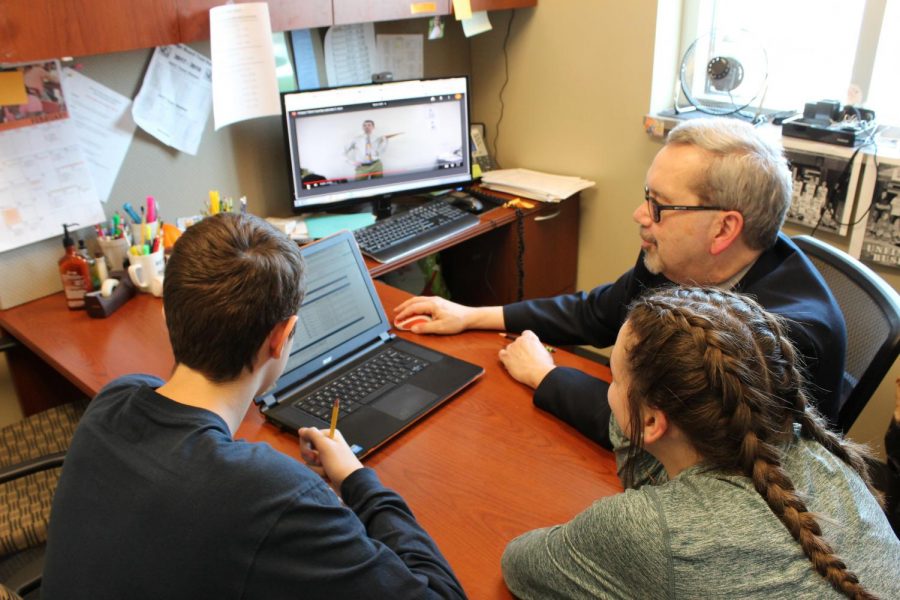 Mr. James Knapp works with Bethel's finest at his desk.

This week’s Alumni Spotlight is Mr. James Knapp. A Pittsburgh native and Bethel Park grad, Mr. Knapp is a guidance counselor at BPHS.

He graduated from BPHS in 1979 and then went on to study education at IUP. After graduating from IUP, he earned his master’s from Slippery Rock.

He served as a guidance counselor at Butler High School for a brief period of time, then came home to Bethel for one semester, moved on to Ford City for one year, then to NA, later to Western Area Vo-Tech, and finally he found his forever home at BP.

He was also Union President, Union VP and Treasurer, and he served on the Trinity School Board.

Aside from all that, he played Santa Claus at South Hills Village for three years.