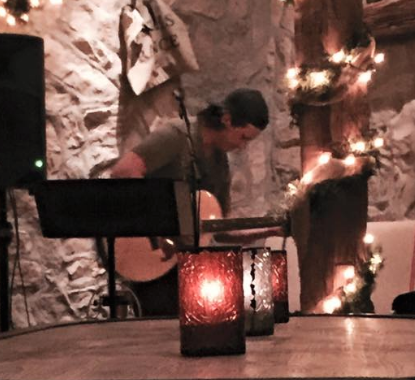 How much do you really know about Mr. Johns?  You may think you know a lot about him.  But did you know that aside from being a great science teacher, he is also musically gifted?

Mr. Johns plays the guitar semi-professionally.  He’s been playing the guitar since he was 23 years old and the piano since he was younger.  His musical career began when he first picked up music in 3rd grade.

Mr. Johns plays gigs usually two times a month, but he’s currently on a small hiatus.  His next gig is on June 1 at Boulevard at Southport.  He said that he plays whatever the people want to hear.  It can be anything from country to Top 40 to Classics.

Mr. Johns had also sung in something similar to a barbershop quartet.

“We were the original boy band,” said Mr. Johns.

So, when Mr. Johns is not teaching about rocks, he’s rocking out on stage.