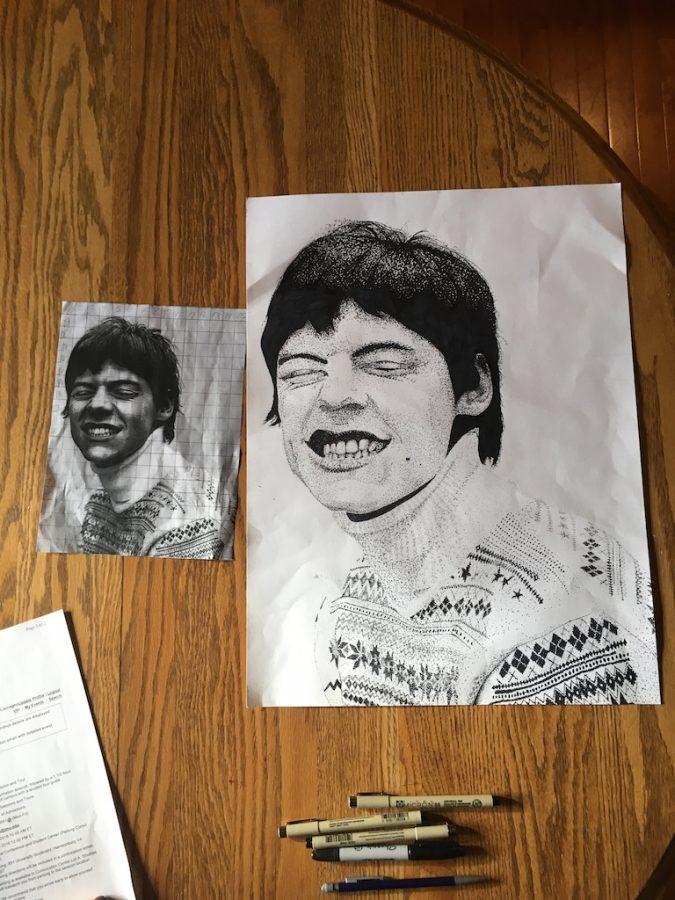 Coccagno created a stippling portrait of Harry Styles. She was inspired by the photos of the ‘new’ Harry Styles that came out in a magazine earlier this school year. She really liked the ones where he looked similar to Mick Jagger. Out of those, this one was her absolute favorite, so she decide to recreate it.

To describe her piece in one word, she said, “detail.”

Stippling is an art form that is a series of consecutive dots that create a picture. Other than the darkest parts of the hair, every single area of this project was made with series of tiny dots.

Coccagno explains that the hardest part of the project was a tie between the top of his hair to his teeth. She said the easiest part was the lower part of his face.

Since she usually has nothing to do after school and during the afternoons on the weekends, she finished this portrait in two weeks.