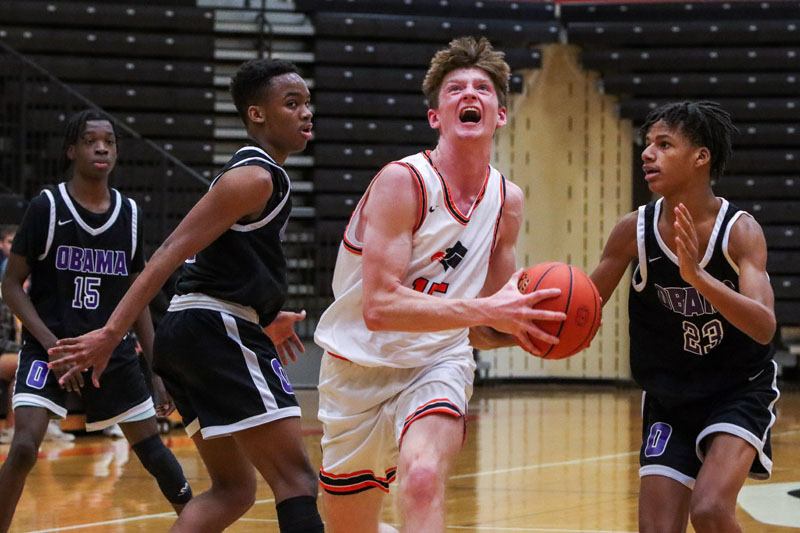 The Hawks displayed dominant play yet again in the annual Christmas Tournament last week. The boys moved past Erie McDowell and Shaler to win the tournament.

The first game against Erie McDowell on Dec. 27 was a defensive showcase for the Hawks. Their defense held McDowell to a 28% shooting percentage and caused 10 turnovers, resulting in a 35-25 win.

The following day, the Hawks played for the championship against Shaler, which was an all-around offensive display. Together, the Hawks shot over 50% from the field, and four starters had 15 points or more in the win with a final score of 70-65.

“We keep finding ways to win, whether it’s on offense or defense, and we continue to keep rolling,” said sophomore guard Shawn Davis. JV also won the Christmas Tournament by over 10-point margin victories.

The Hawks carried that momentum into their first section game on Tuesday, Jan. 4 against Peters Township. The boys won 54-44.