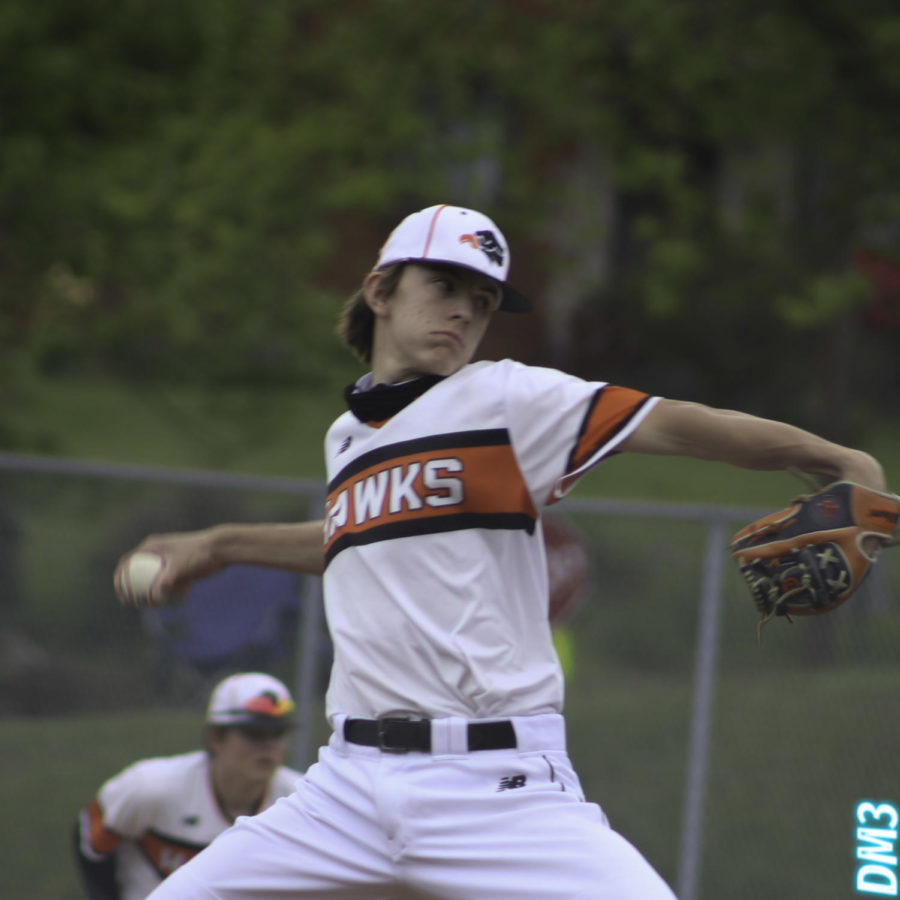 Sophomore pitcher Evan Holewinski throws the heat during the Hawks' game vs. TJ on May 12.

On Monday, June 7, the Hawks traveled four-and-a-half hours to Red Lion, Pa. to take on Northern York in the first round of PIAA Playoffs.

Bethel Park bounced back from a WPIAL championship loss with a 5-1 victory over Northern York in the opening round of the PIAA playoffs.

The Hawks were tasked with taking on a Penn State recruit, Tommy Molsky, a flame-throwing right-handed pitcher for the Polar Bears. Bethel jumped right on him, scoring one run in the first inning via a Zack Sackett sacrifice fly, bringing in Eric Chalus.

From there, the Hawks didn’t look back and kept the pressure on the whole contest. They scored runs in the 4th, 6th, and 7th innings, totaling five runs. Northern York’s ace struck out 10 but surrendered eight hits in six innings.

With Evan Holewinski on the mound, he did what he had done the whole year, which is keeping runs off the board. He pitched a complete game, while only allowing one run and striking out four.

The offense was powered by Eric Chalus and David Kessler, who both had multi-hit games. Zack Sackett had a double and three RBI’s.

With the win over Northern York, the Hawks advanced to the PIAA quarterfinals in which they will play Southern Lehigh, the District 11 champion. The matchup will take place at 3:30 p.m., Thursday, June 10, at Big Spring High School.

If the Hawks defeat Southern Lehigh, they would be set to play in the semifinals on June 14 with the championship game scheduled for 4:30 p.m. June 17 at Penn State University’s Medlar Field.