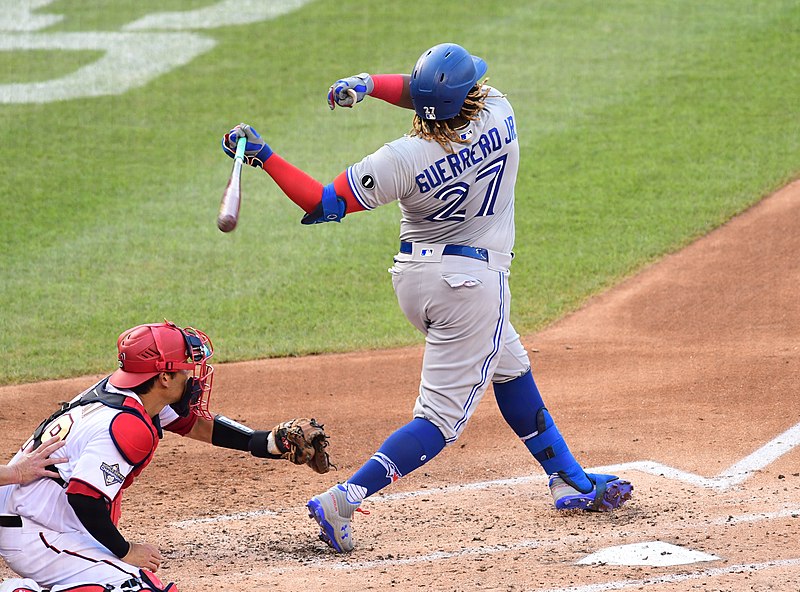 As we flip the calendar to the new month of June, baseball season starts to hit full stride. Now roughly one-third of the way through the season, there have been many surprises so far.

At the end of May, we went through the biggest surprises and biggest disappointments. Now, we are going to hand out awards for MVP, Cy Young, and Rookie of the Year through the first two months.

Baseball is a funny game. Some players bust onto the scene in their early 20s and pave out great careers. Others are late bloomers. Adolis Garcia is a great example of that. The Texas Rangers claimed the front runner for AL rookie of the year this past off-season. The outfielder came into June tied for the league lead in home runs and carried an OPS of .912.

The 13th overall pick in the 2017 MLB draft is already turning heads throughout the MLB. Left-handed pitcher Trevor Rogers has put together a remarkable 2021 campaign so far. His 1.87 ERA is near the top of the NL, and he has struck out 76 batters in less than 63 innings pitched.

The Yankees spent over $300 million to get Gerrit Cole before the 2020 season. So far, they are getting their money’s worth. The former No. 1 overall pick is steamrolling his way through the American League, leading with a 1.78 ERA. He also has 97 strikeouts and a 0.83 WHIP.

There should not be a debate anymore: Jacob deGrom is the best pitcher in baseball and it is not close. That is no jab at Gerrit Cole or Shane Bieber, but that is just how good deGrom is. Though he missed a few starts due to an injury, deGrom has a 0.71 ERA in 51 innings pitched. He also has amassed an astounding 82 strikeouts while throwing 100+ mph consistently. Let’s also not forget that he has nine hits in 20 at-bats this season. deGrom is on another level.

Entering the 2019 season, there was so much hype around Vladimir Guerrero Jr. He did not play badly by any means, but he did not live up to most people’s expectations through his first two years. Now, however, he is hitting his stride. The son of the Hall of Famer was hitting .323 through May with 16 home runs and a 1.065 OPS.

Honestly, you could have probably flipped a coin and given this to either Acuna Jr. or Jesse Winker of the Cincinnati Reds. However, this one is going to go to Acuna Jr. as of now. The former rookie of the year is doing things that seem out of this world. He had 16 home runs through May with 33 RBI and an OPS of .999.

Two months are down with four to go. It is going to be a wild ride to the finish.