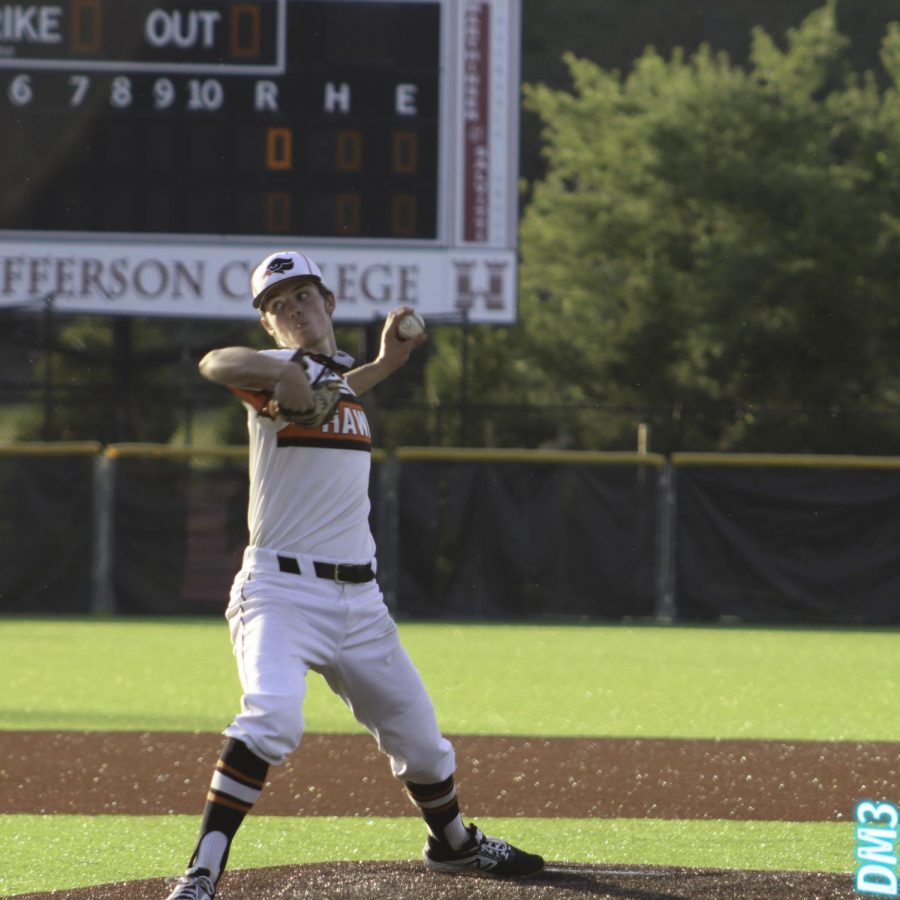 Eric Chalus, Jr. pitches during the Hawks' playoff game vs. Chartiers Valley on May 19.

On Tuesday afternoon, the Hawks traveled to Shaler to battle West Allegheny for a spot in the WPIAL Championship. It would be a matchup between the No. 2 ranked Hawks vs. the No. 3 ranked Indians.

West Allegheny previously beat Connellsville in the opening round, and they beat Penn Trafford in the quarterfinals.

It was an ace vs. ace matchup. Two Division I pitchers would battle it out, The Hawks’ Eric Chalus, Jr. (Kent State commit) and West Allegheny’s Gavin Miller (Auburn commit).

It was a similar pitching-duel story for the Hawks, one that would end with a Bethel Park “walk-off.” With the Hawks’ 1-0 win over West Allegheny, they have advanced to the WPIAL final. It’s the first time they have been to a WPIAL final since 2007.

During the battle between the teams, it was a low-scoring affair the whole way through. Chalus would throw a complete game shutout, while only allowing one hit.

West Allegheny’s Gavin Miller held the Black Hawks scoreless until the bottom of the seventh when Zack Sackett would hit a “walk-off” infield single. That hit would send Bethel to the WPIAL championship.

This would make it back-to-back games for the Hawks in which they would win via a walk-off single.

Hats off to West Allegheny for a hard-fought, respectful battle. Even though it wasn’t the outcome they were looking for, they still earned a bid in the PIAA state playoffs. They will face Peters Township to determine seedings for PIAA playoffs.

The Hawks will travel to Wild Things Park next week to face the No. 1 ranked Franklin Regional in the WPIAL championship.

LET’S GET THIS RING!