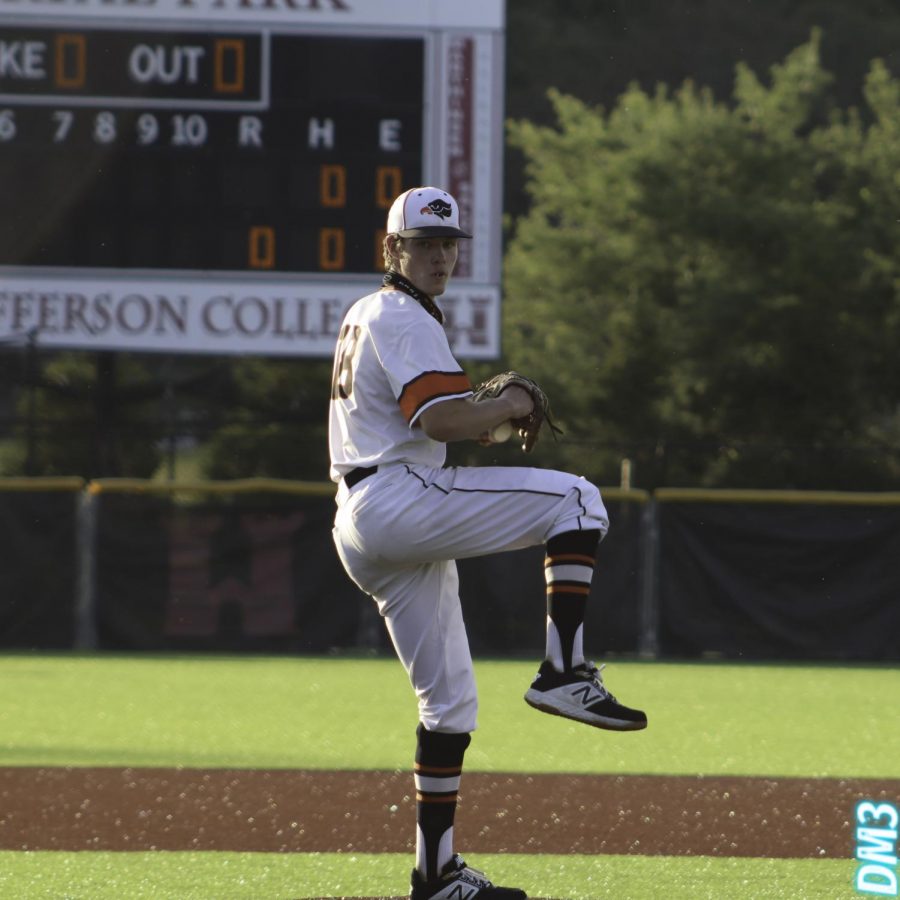 Eric Chalus, Jr. pitches during the Hawks first-round playoff game vs. Char Valley on Wednesday, May 19 at Washington & Jefferson College.

On prom day, Friday, May 21, the Hawks woke up early to take on the 2019 WPIAL 5A champions Shaler at LaRoche college in a WPIAL quarterfinal game. Going into the game, the Hawks were the No. 2 seed, and the Shaler Titans were the No. 7 seed.

It was tied until the Hawks would “walk it off” in the bottom of the 7th inning to take the 3-2 victory. Sophomore John Chalus slammed a fastball up the middle to drive home the winning run with no outs.

In the opening round of playoffs, the Hawks defeated Chartiers Valley 9-0, and Shaler beat Fox Chapel 8-0.

On the mound for the Hawks was Evan Holewinski, and he allowed something he hasn’t done all year, an earned run. Shaler would grab an early 2-0 lead in the 2nd inning.

In the fourth inning, the Hawks would tie things up with a two-run inning. Ray Altmeyer walked with the bases loaded to score one run, and the second run came on a bases-loaded double play with zero outs.

Evan Holewinski would allow the first walk of his season in the 5th inning. He went 31 innings without allowing a runner to reach on a walk.

It was a pitching duel between Bethel Park’s Evan Holewinski and Shaler’s Venezuelan native Miguel Hugas. Hugas was throwing mid-to-high 80 mph. He is only 16 years old, the same as Holewinski. They are both great, young, hard-throwing pitchers.

Bethel Park’s 3-2 win put the Black Hawks (17-3) in the semifinals for the third time since 2015. The Black Hawks are trying to win a championship for the first time in 34 years. Shaler finished the season 14-6, respectively.

The Hawks will go on to face West Allegheny in a WPIAL 5A semi-final game on Monday at West Mifflin High School, at 4:30 p.m.