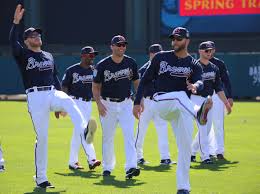 As March is drawing to a close, one of the greatest days for baseball fans is quickly approaching: Opening Day.

Every season, there are teams that vastly underperform, but there are others who exceed the experts’ expectations.

After a crazy off-season, it is time to make predictions for this season.

In one of the tougher divisions in baseball, the Yankees are the cream of the crop. Though the Rays made it to the World Series last year, they did not improve this off-season. The Blue Jays should make some noise after picking up George Springer, but it will not be enough to overcome Gerrit Cole and the home-run hitting Yankees.

The boys from the South Side of Chicago are going to be a fun team to watch. The Minnesota Twins should keep in stride with them most of the season, but the White Sox will be too much to stop. With Lucas Giolito at the helm of the rotation and newly-acquired Liam Hendriks closing games, their pitching should be fine. With 2020 MVP Jose Abreu, along with Tim Anderson, Eloy Jimenez, and Yoan Moncada, the White Sox also have one of the best offenses in the game.

This division is totally up for grabs. The Astros should be competing all year long, and you can never count out the Angels with Mike Trout and Anthony Rendon. However, the A’s will probably take this division. They are the most well-rounded team in the division, and their young pitchers should take them far. They also have Matt Chapman and Matt Olson on the corners, who should crush the ball and make some great defensive plays.

The Twins are all but a lock for at least a wild card spot. They have an elite offense and will hit home runs all year long. Their pitching is somewhat shaky, but Jose Berrios and Kenta Maeda should lead their rotation.

The Rays will also find a way back in the playoffs. Though they lost some great pitchers, they have an overwhelming number of good prospects in their farm system. Randy Arozarena and Ji-Man Choi should lead their offense to enough wins for a postseason berth.

The NL East is easily the best division from top to bottom. The Marlins made the playoff last year and are projected to finish in last place. Yes, the division is that good. Though the Nationals won the World Series two year ago and the Mets picked up some big pieces, the Braves should still win the division. After re-signing Marcell Ozuna, the Braves have an elite offense. Throw in Charlie Morton to an already good and young rotation, and this team will be tough to stop.

The NL Central is an interesting division. The Cubs are always near the top, but they did not improve this off-season. The Brewers and Reds are mediocre, while the Pirates will sit in the basement of the division. By process of elimination, this division should go to St. Louis. They were a solid team last year and made the biggest trade of the off-season when they acquired Nolan Arenado from the Rockies.

Somehow, the World Series champions got even better. They signed 2020 Cy Young winner Trevor Bauer this off-season and will get left-handed ace David Price. They have an explosive offense with Cody Bellinger and Mookie Betts, and their pitching will be elite with Clayton Kershaw and Walker Buehler. The star-studded Padres should hang around, but Los Angeles will be nearly impossible to top.

It would be a miracle if the Padres did not make the playoffs. They had one of the craziest off-seasons in recent memory by absolutely overloading their pitching staff. Their offense is no slouch either with Fernando Tatis Jr. and Manny Machado leading the charge. If they were in any division but the NL West, they would probably win it.

Though they do not get talked about much, the Washington Nationals are a sleeper to make the playoffs. They won it all in 2019, and they still have the pitching to do it again. A healthy Stephen Strasburg should get their rotation back to what it used to be, and newly-acquired Josh Bell should power their offense with MVP candidate Juan Soto with him.

Yankees? Dodgers? Padres? Rays? None of them. Baseball is a crazy game, and the favorites do not often win it all. Yes, those teams are elite, but it is time to think outside the box. The Braves were one win away from making it to the World Series last year, and they improved from last year. The White Sox fell in the playoffs last year, but their young offensive core should help them fight their way to the World Series in a weaker American League.

In a best-of-seven series though, the Atlanta Braves pitching, along with their fiery offense, should beat the Chicago White Sox to win the 2021 World Series.