The meaning behind jersey numbers 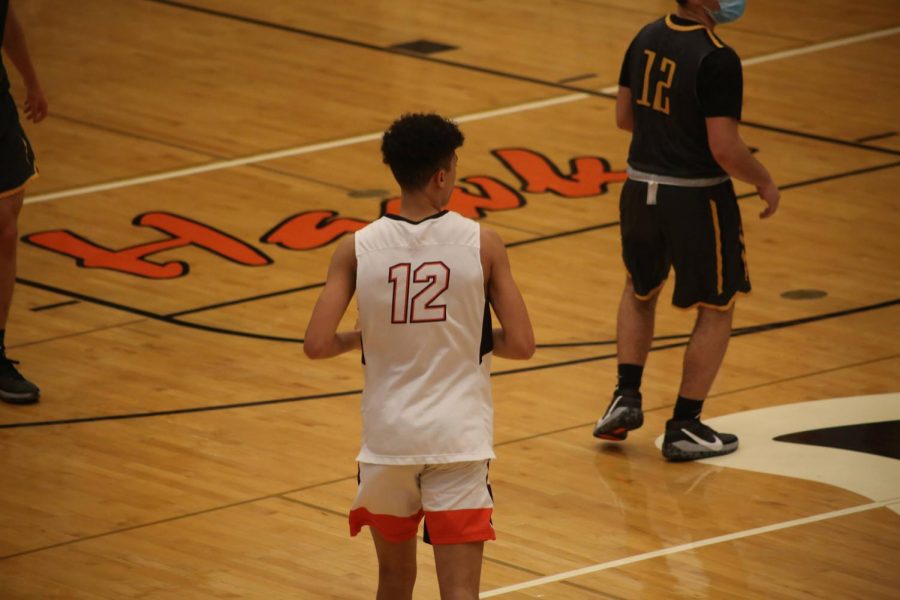 Jaden Goodman proudly wears #12 on the court in honor of his brother who also wore the number.

There are so many sports that use numbers on jerseys to identify each player. With so many numbers to choose from, most athletes choose a number that has some sort of meaning to them. Some players pick their number in tribute to their favorite athlete, family member, their lucky number, and many other reasons.

When asked why he chose #30, junior Nathan Yoder, who plays lacrosse for BPHS, said, “I wear it cause Imma shooter like Curry” paying tribute to the best shooter in NBA history Stephen Curry.

Junior Jaden Goodman wears #12 when he plays basketball because he looks up to his brother who wore the number in high school.

After talking to junior Dolan Waldo, he chose #15 because one of his favorite basketball players wore that number.

He said, “I wear #15 because Vince Carter wore it and he is a huge inspiration to me and is one of my favorite athletes of all time.”

Evidently, jersey numbers aren’t typically chosen randomly but with great thought and meaning. Feel free to comment and share why you chose your jersey number.