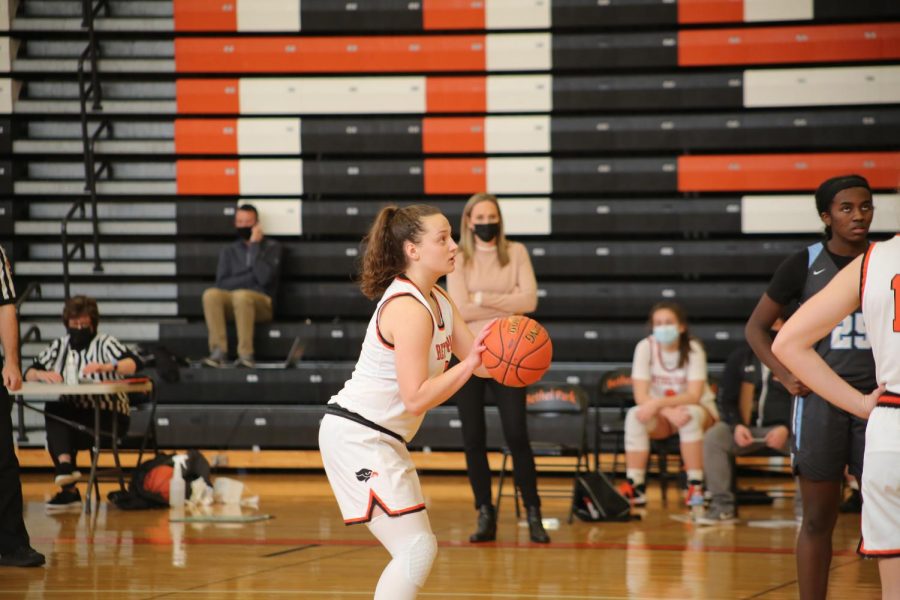 Emma Dziezgowski takes a foul shot as her coach and teammate look on.

The girls basketball defeated Seneca Valley 61-36 in a non-section game on Saturday, Jan. 23.

The Hawks dominated this game from the tip-off scoring the first 10 points of the contest and ending the first quarter with a score of 13-5. Liv Westphal had eight points in this quarter, scoring two 3-point plays and a layup.

The lead was extended even more in the second quarter and heading into halftime. The Hawks were up 22 going into the half, with a score of 35-13.

In the third quarter, the Hawks didn’t take their foot off the gas, increasing their lead to 30 points heading into the fourth quarter. The officials even initiated a running clock toward the end of the quarter.

The team ended up winning the game by 25 points. Click here to see photos from the contest.

The girls team continued their journey on Monday when they defeated Gateway 55-36.

Next up for the Lady Hawks in South Fayette. They’ll tip off against the Lions at 7:30 p.m. Thursday, Jan. 28.