Huge week of college football as playoffs could be decided 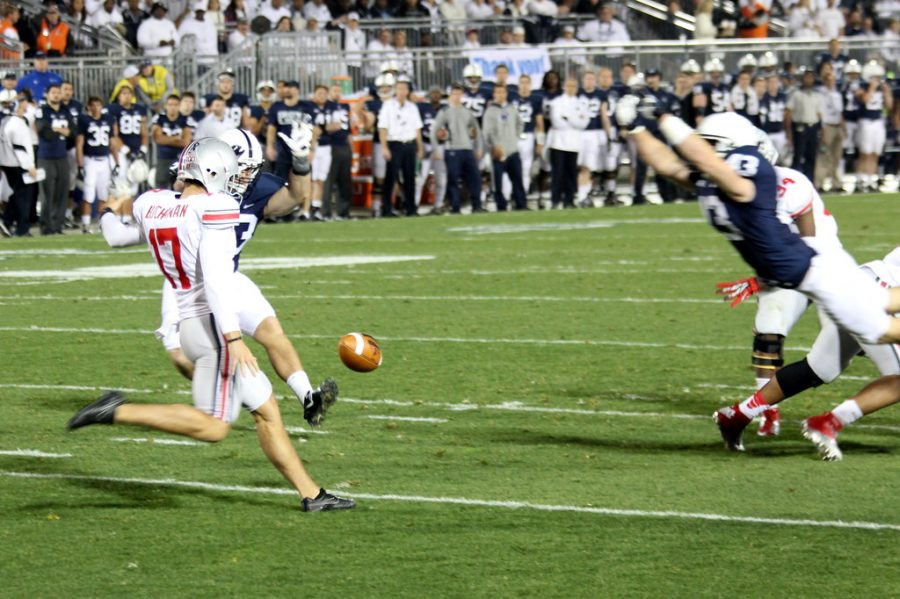 Halloween night is usually a leisurely holiday as friends and family hang out and watch scary movies, but for many college football fans, this can be a stressful weekend.

Many marquee games that have been anticipated for weeks might be a little different, as this season has been a wild one thus far.

One of the most impactful games in the BIG 12 will test sixth-ranked Oklahoma State as they welcome Texas to Stillwater.

Texas has had a let down of a season so far starting the season 3-2 with high expectations as always. Oklahoma State, in many people’s eyes, is the best all-around team in the Big 12. They have their usual stellar offense, but this year their defense is much improved.

The SEC East has a big game this weekend as fifth-ranked Georgia travels to Kentucky. UGA is looking to rebound from a 17-point loss to top-ranked Alabama. The biggest SEC game is two disappointing teams so far as LSU takes on Auburn.

Two big rivalry games are being played in Week 2 of the early Big 10 season. The battle of Michigan might be lopsided as Michigan is favored by more than 24 points against Michigan State.

College gameday travels to State College as arguably the biggest game of the year takes place on Halloween night. Penn State is coming off a heartbreaking loss against Indiana. Ohio State looks as strong as ever looking to bounce back from their college football playoff loss from last season. Penn State will be without many of their best players, including Micah Parsons, Journey Brown, and Noah Cain, who are all out for various reasons.

These are my picks for the big games. Oklahoma State will win in a close one 34-28 over Texas. Georgia will bounce back and beat Kentucky handily 28-10. LSU will beat Auburn in a high scoring duel 48-42. Michigan will trounce Michigan State 31-6. Lastly, Ohio State is heavily favored, but I believe this game will come down to the wire as always. Ohio State will pull off the late win with a score of 24-20.