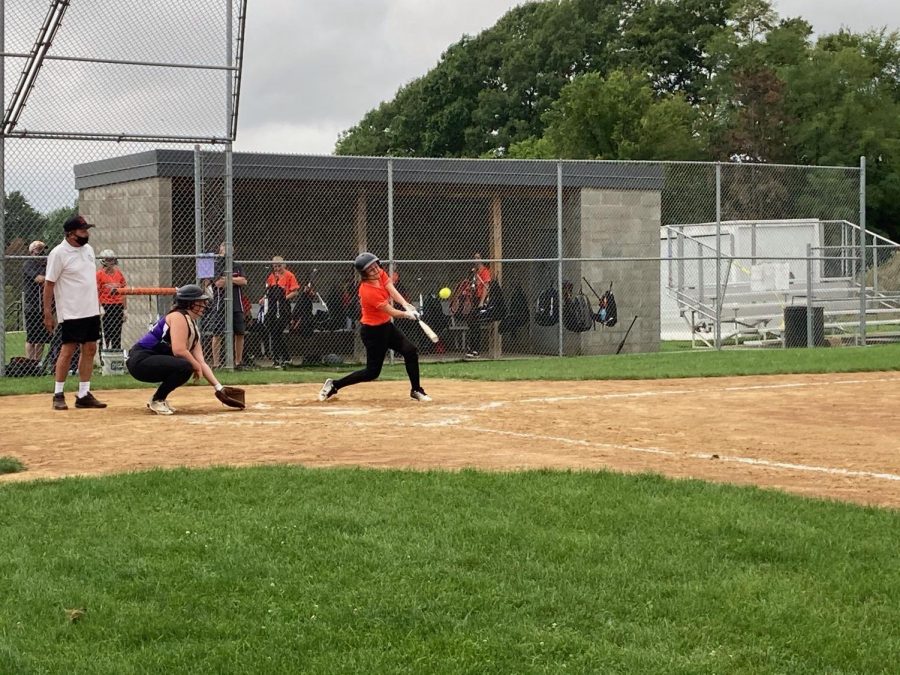 Nicole Martinelli, seconds before putting the ball in play.

Going into the playoff weekend with a strong 11-3 record, the team had high hopes for a successful weekend against the other thirteen teams.

Their first game took place on Saturday night against the No. 6 seed Shaler Township, a former foe of the team. The game was neck and neck all the way through, but with senior Sam Stephenson’s two-run home run, Bethel took the game 8-6 in the seventh inning.

With the Saturday night win, the team advanced into Sunday’s semi-final round, where they faced the No. 2 seed Seneca Valley. The game was even closer than the last, with the lead switching between the two teams every inning.

The team wouldn’t back down, with clutch hits by juniors Janna Turner and Madison Theile, which scored essential runs that would keep them in the game.

Despite their efforts, the Hawks’ season came to a close as Seneca knocked in their game-winning run in the bottom of the seventh, ending the game 9-8.

Seneca then went on to lose 21-10 to North Allegheny in the championship.

The Hawks were ecstatic to have gotten the chance to play amidst the COVID-19 issues and clearly showed that through their playing this season.

“I knew right when I saw the varsity roster that this was going to be a great team, and it was just that. Everyone got along and we all became good friends, which helped lead to our success,” Stephenson said about her team.

The team’s home run record of seven proved no match for sophomore Abby York and senior Sam Stephenson, with York hitting 10 and Stephenson hitting 16, making it the new number to beat. Stephenson also subdued the overall hit record, which was previously 43, and she ended the season with 49 hits.