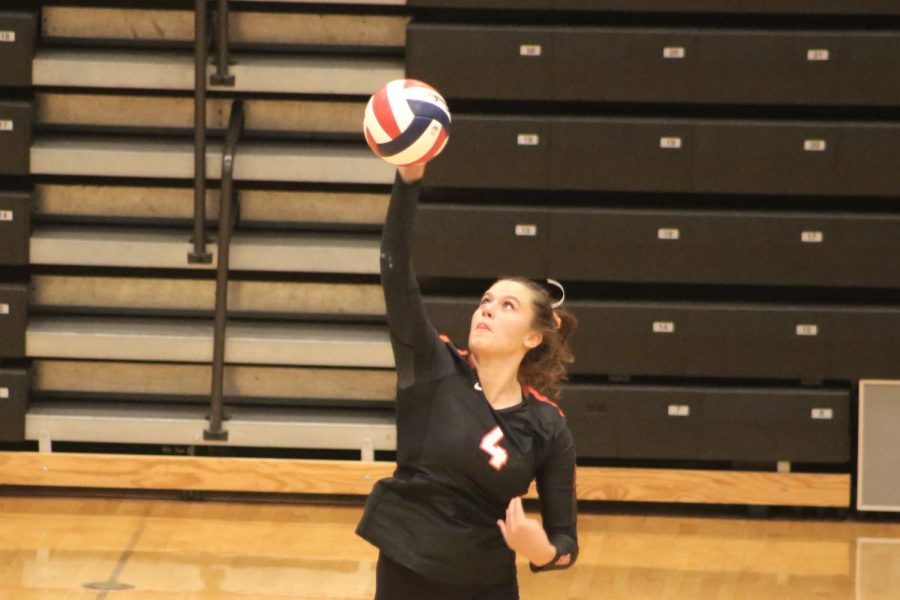 Senior Alexa Psotka spikes the ball during the Lady Hawks volleyball game vs. Baldwin on Tuesday, Sept. 29. The Lady Hawks swept the Highlanders 3-0.

The Lady Hawks volleyball team looked to avenge their only loss of the season against the Moon Tigers Tuesday night.

While aspirations were high, in the end, Moon was just too much. With the loss, the girls will settle for second place in their section.

With the game out to a quick start, the Tigers went up early forcing Bethel to call their first timeout about halfway through the first set. Moon eventually ended up taking the first set 25-15.

After this set, the coach was so upset that the players went into the hallway outside of the gymnasium and started doing sprints.

The Hawks weren’t out yet, but in the third set, the Tigers would deny any chance of the Hawks coming back to take a set. The Hawks played their best set of the game, but it wasn’t good enough as Moon won the set 25-19 and dominated the match. They still finished second in the section and qualified for the WPIAL playoffs.