Orange and black look for rebound against formidable, familiar foe 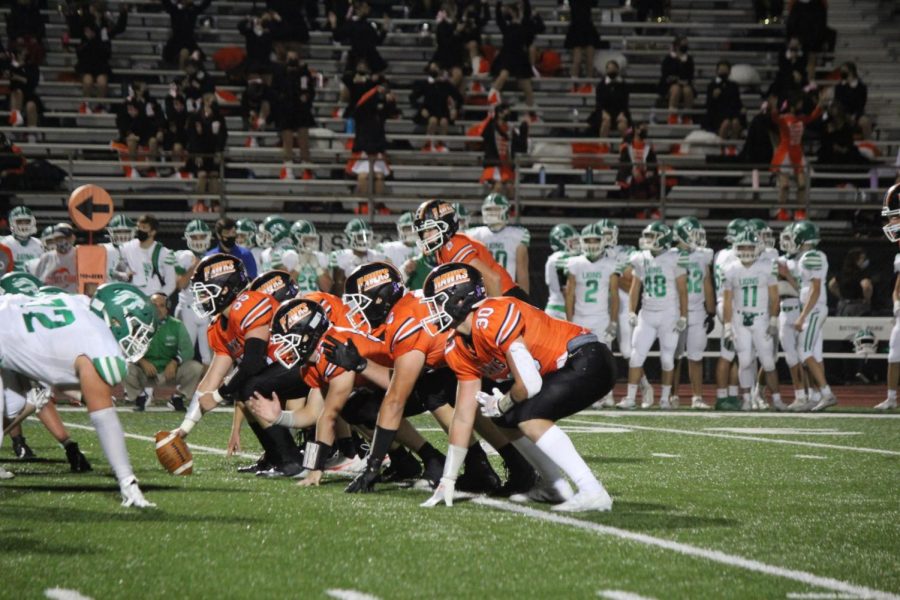 Hawks line up against the Lions during their game on Friday, Oct. 9.

After South Fayette handed the Hawks their fifth straight loss of the season last Friday, the Black Hawks are versing a 4-0 team in the Indians.

Head coach Brian DeLallo said: “They have taken it to us pretty good. They have great talent and tough, competitive kids. Names like (Donovan) McMillon, (Corban) Hondru and Pfeuffer stand out, but they have other great players.”(Eleanor Bailey, The Almanac).

The Black Hawks are hoping for a rebound against one of their toughest rivals under the Friday night lights.

Besides the crosstown rivalry, there are many connections between the two teams. Coach DeLallo and Peter’s head coach T.J. Plack coached together from 2011 to 2013. Even Plack’s son, Thomas, plays for the Bethel junior football team since they live in Bethel Park. This creates a friendly relationship between the two teams’ coaches and there is respect for each other. Another fun fact is that Peters Township quarterback Logan Pfeuffer’s mother teaches math at the high school!