How BPHS college-bound athletes are working out during quarantine

Bringing the gym into their homes 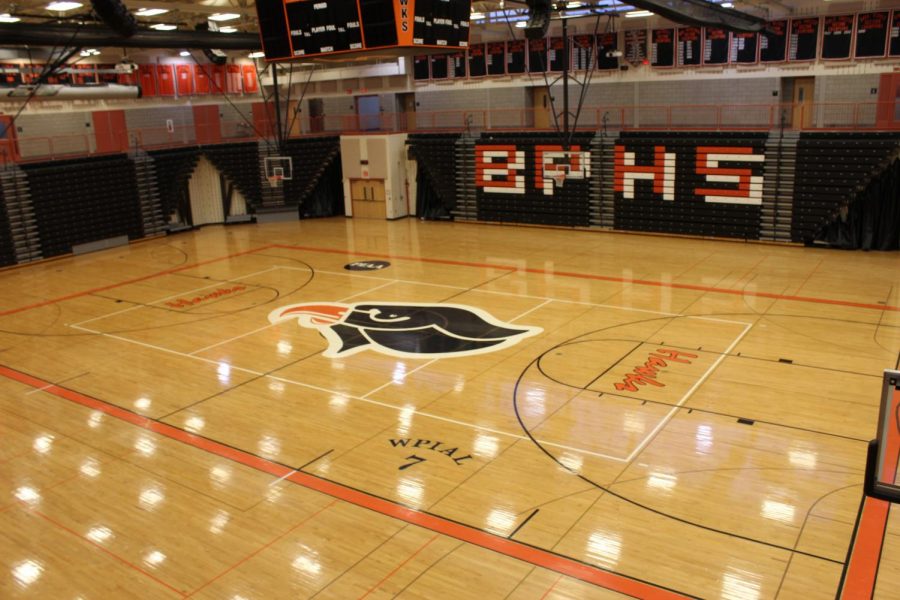 An empty BPHS Gymnasium. The coronavirus pandemic has forced student-athletes to transform their homes into gyms.

The coronavirus outbreak has made it hard for athletes to work out and train for their upcoming seasons. Athletes have been forced to transform their homes into gyms and workout facilities. They’ve had to get creative with how they complete their workouts because some don’t have exercise or workout equipment to use. While people are doing the best they can, certain BPHS college-bound athletes are making the most of what they have in preparation for college athletics.

Bromley says he has been using his equipment, “5-6 days a week,” in preparation for his college baseball season next year.

Bromley will take his talents to Penn State Behrend next year. He picked the school because “I fit well academically and athletically. It’s close to home and I had friends going there as well.” He picked Penn State Behrend over a top-four list of schools which included Denison, Marietta, and W&J.

Senior Ryan Meis stops at nothing when it comes to working out.

“I’m lifting, running, doing anything to stay active,” he said.

He is also making the most out of his equipment.

“I have a pull-up bar and an old school Bowflex in the garage, but I really just use anything I can and try to get creative.”

Meis will continue playing basketball next season at Seton Hill.

“I felt very comfortable when I went up for a visit, and also it’s not very far away so my family can come to watch me play which is big for me. I love the coach, it just felt like a good fit,” Meis said.

Meis was a 1,000 point scorer for the Hawks and was named All-WPIAL 6A this season.

Three-sport standout Anthony Chiccitt will live out his dream of playing Division 1 football next year. He will play at Robert Morris in nearby Moon Township.

He has been receiving workout plans from the RMU strength coach.

“My Robert Morris strength coach sent us a workout plan and I have been following that. Just lifting, conditioning, speed, and agility work,” Chiccitt explained.

Chiccitt picked the Colonials over IUP, John Carroll, and Elon. He said he thought it was the best fit for him academically and athletically. He also really liked the coaches and the campus.

He has been making the most out of his equipment in his basement.

“I have some types of equipment in my basement, such as a bench, dumbbells, and a curling bar, but our strength coach did a great job of designing a home workout plan where you don’t need a lot of equipment and can get it done.”

Chiccitt threw for over 3,000 yards in his high school football career and completed over 200 passes. He was an All-Section guard in basketball and batted over .300 in baseball.

Boff said, “I feel like it’s the right place for me to grow as a student-athlete and strive to max out my potential as a volleyball player.”

To stay in shape, Boff has been “working out at my house and going for runs on the trail.”

Without being able to get to a gym, he has been using what he has at his house.

“I have dumbbells and a volleyball, but that’s about it. I’ve just been doing anything I can with how limited everything is right now,” Boff explained.

St. Francis beat Stanford this year who was ranked No. 7 in the nation at the time. As a junior, Boff was named to the All-State and All-WPIAL volleyball teams. In three seasons, he was named All-Section each year as a freshman, sophomore, and junior.

Even though quarantine is putting a limit on what BPHS athletes can do, they are making the most of what they have! Good luck to our seniors at the next level!