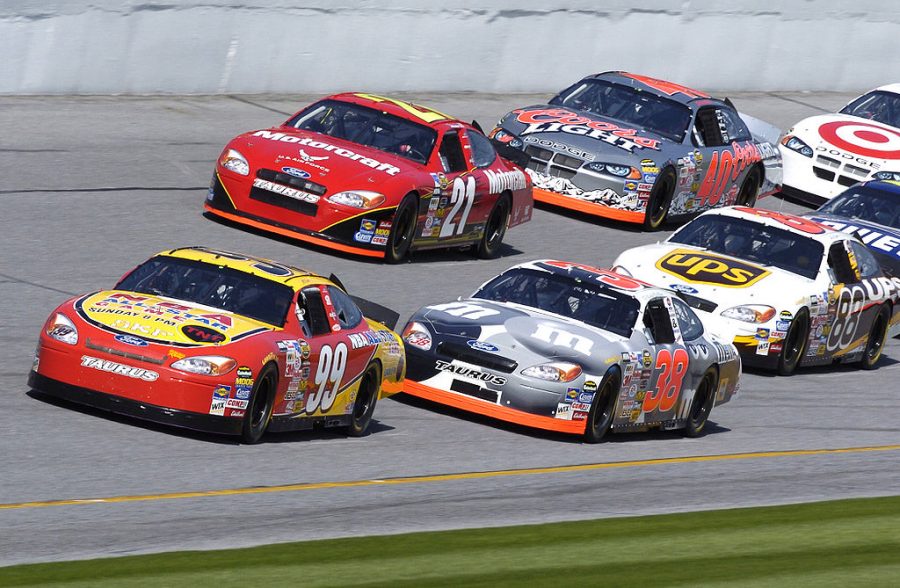 DAYTONA INTERNATIONAL SPEEDWAY, Fla. -- The Air Force Ford-sponsored Wood Brothers No. 21 Ford Taurus, driven by Ricky Rudd, is shown here during a practice run Feb 11. He is preparing for the Daytona 500 race, which will be held here Feb. 15. (U.S. Air Force photo by Larry McTighe)

NASCAR is the first of many American sports leagues to return back.  Four of their 36 races were completed before the coronavirus outbreak.  These races will not have any fans physically there, but will definitely have many watching on television.

NASCAR has scheduled nine cup races over the span of a little more than a month.  These races will be held within close proximity to Charlotte, N.C. to limit travel to other racetracks due to the short period of time these races will be taking place.  Also, this is where most of the racing teams are located.

Cup series races at Texas, Dover, Kansas, and Michigan will still be delayed and even canceled.  Their next challenge will be finding out dates and maybe even locations for the races for the rest of the 2020 schedule.  The races that have not been addressed yet include Pocono- June 27-28, Indianapolis- July 5, Kentucky- July 11, New Hampshire- July 19, Michigan- Aug. 9, Watkins Glen- Aug. 16, Dover- Aug. 23, and Daytona- Aug. 29.

NASCAR is optimistic to stay off of its playoff schedule and that it remains the same.  With that being said, if they want to complete their 36-race schedule, they will have to make sure that the postponed races into some midweek dates before September.  With NASCAR resuming their schedule, hopefully, many other American sports leagues will start to slow back into their schedules.