Opinion: Steelers will have a big year in 2020 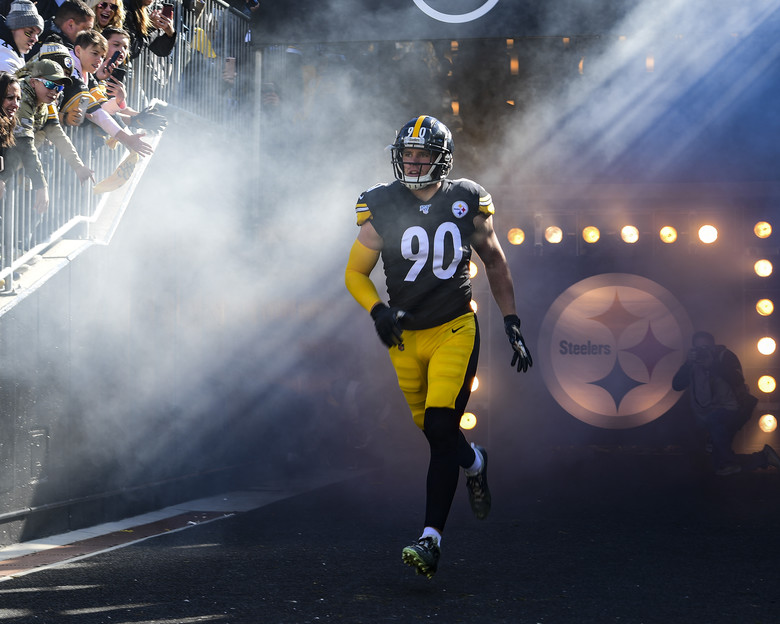 Pittsburgh Steelers linebacker T.J. Watt runs onto the field before a Pittsburgh Steelers vs. Indianapolis Colts game at Heinz Field in Pittsburgh, Pennsylvania, November 3, 2019. During the football game the National Football League honored military members currently serving as well as veterans who have served in the past with a variety of events. (U.S. Air Force photo by Joshua J. Seybert)

Even in the midst of uncertainty in sports, the NFL released its tentative schedule for the 2020 season.

Following the schedule release and looking it over, the Steelers have a great chance to have a big year in 2020.

The Steelers did not have a great year in 2019, finishing 8-8 and missing the postseason for a second consecutive season.

The good news is that most of their elite defense is returning, and their star quarterback, Ben Roethlisberger, will be coming back from injury.

They added tight end Eric Ebron to help with their depleted tight end situation, and they signed Derek Watt, brother of star linebacker T.J. Watt, to be a fullback and help on special teams.

Pittsburgh also drafted multiple players who add depth to the roster and could make an impact on the field this season.

Their schedule, which was released on May 7, looks like this:

After examining the schedule, the Steelers have a relatively easy road.

They do not have to travel to the west coast at all, where the Steelers have struggled for the last few years.

They only have three big road games all year in Tennessee, Baltimore, and Dallas, and they have a bye week in between the Ravens and Cowboys games.

Though only winning eight games last year, the Steelers will be a big threat this year with a healthy offense and an elite defense.