Hawk Eye Ha Has: Hawks baseball blitzes through opening round of playoffs 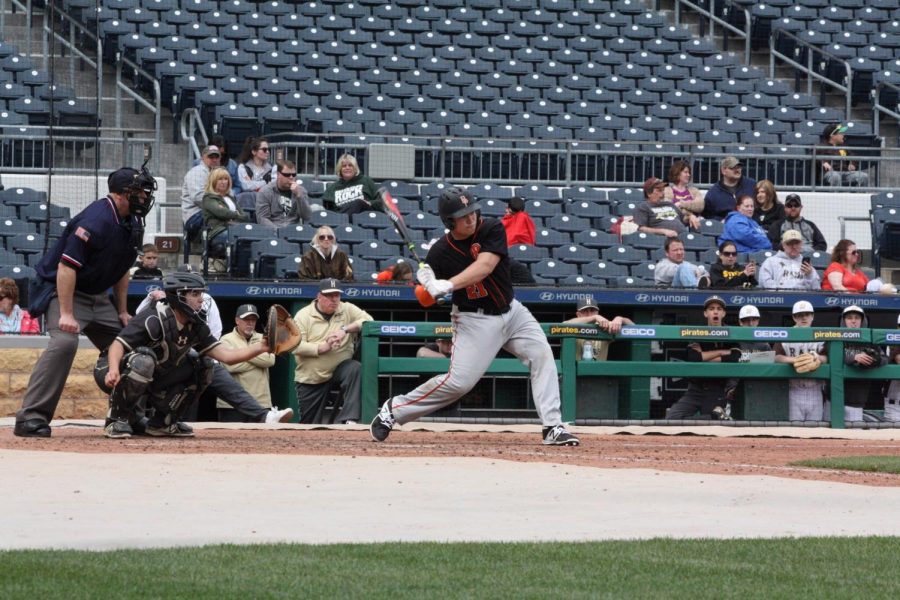 Brandon Cole takes a big cut against Mt. Lebo in the first round of WPIAL playoffs.

The cold and rainy western PA spring chilled the baseball season, but the Hawks baseball team was hot from the get-go.

They turned up the dial, even more, when the first round of the WPIAL playoffs matched them up with cross-town rival Mt. Lebanon on Thursday, May 14.

“I was pretty confident since I struck out every batter in their lineup both times we played them this year, and I knew that our offense would show up because they have all year,” said senior star pitcher Evan “Steve” Bromley.

After Steve set the Blue Devils down in order in the first, the Hawks came back with 12 runs in the opening frame, and never looked back.

Bromley would throw a perfect game for the eighth time this year.

One of the home runs etched “B-Cole’s” name in the record books. His 432 ft.-bomb was the longest in school history.

When asked about that homer, he said, “I knew it was far off the bat, I just didn’t realize it was going that far.”

Along with Cole’s three homers, he tallied two singles.

“Yeah I’d say we’re playing good right now, but I believe our best baseball is ahead of us,” said Bromley

The Hawks face North Allegheny on Monday in the semi-finals. Just a year ago, the Tigers ousted the Hawks in the same round.

“I think we have unfinished business from last year. Even Martin Luther King was a child once, this is our chance,” said Kevin Kogler, who is six for six with five doubles in the playoffs to this point.

“Hawk Eye Ha Has” are dedicated to providing Hawk Eye readers with humorous articles. The articles are not based on fact and therefore are by no means considered true. Their sole purpose is to entertain.