NBA shutdown due to Coronavirus 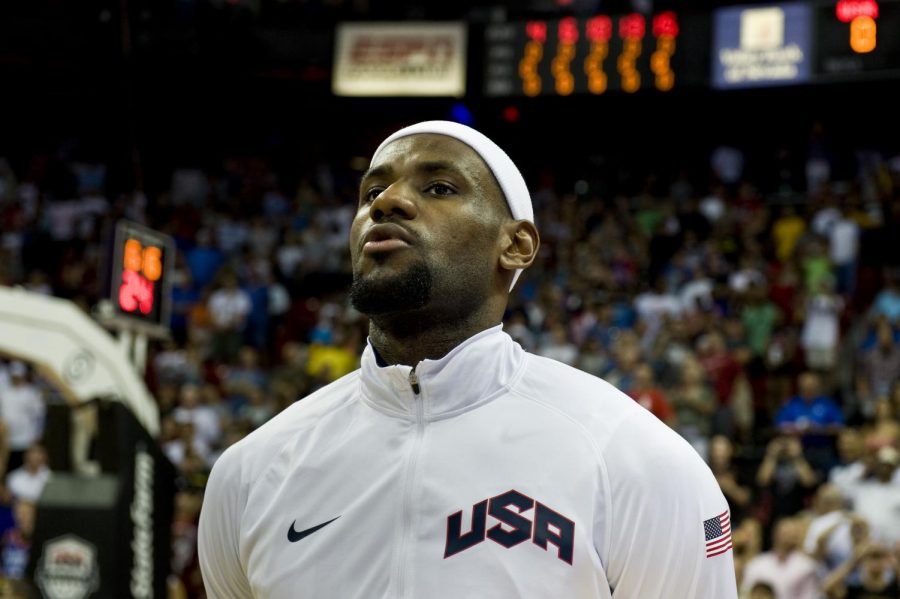 ebron James, USA Olympic Men's Basketball player, listens to the National Anthem prior to the start of the USA versus Dominican Republic exhibition game July 12, 2012, at the Thomas & Mack Center, Las Vegas, Nev. James is the only member of the 2012 Champion Miami Heat team on the Olympic Basketball team this year.

As of March 12, the NBA has suspended the season for 30 days and until further notice. Reports of both Rudy Gobert and Donovan Mitchell of the Utah Jazz have tested positive for the Coronavirus and have been put in quarantine.

As reported on Tuesday, March 10th the recent outbreak of COVID-19, A.K.A Coronavirus suspended all current professional sports and will not allow media or any non-team personnel into the locker rooms until further notice. The major change in media interaction went into effect starting March 10th  and a joint statement between all professional leagues was issued on March 9th:

“After consultation with infectious disease and public health experts, and given the issues that can be associated with close contact in pre- and post-game settings, all team locker rooms and clubhouses will be open only to players and essential employees of teams and team facilities until further notice.”

There has also been talk of teams playing in front of an empty crowd. Many athletes in their respective sports have voiced their opinion on the matter and feel as if something needs to change if they cannot play in front of the fans.

The king of the NBA Lebron James stated: “I play for the fans; that’s what it’s all about. If I show up to the arena and there ain’t no fans there, I ain’t playing.”

Lebron did not realize there was actual talk about the virus in the league. He followed up his statement with: “I had no idea that it was actually a conversation going on behind closed doors about that particular virus.”

Like Lebron, many other athletes have come out and vocalized how disappointed they would be if they were not able to play for fans of the game.