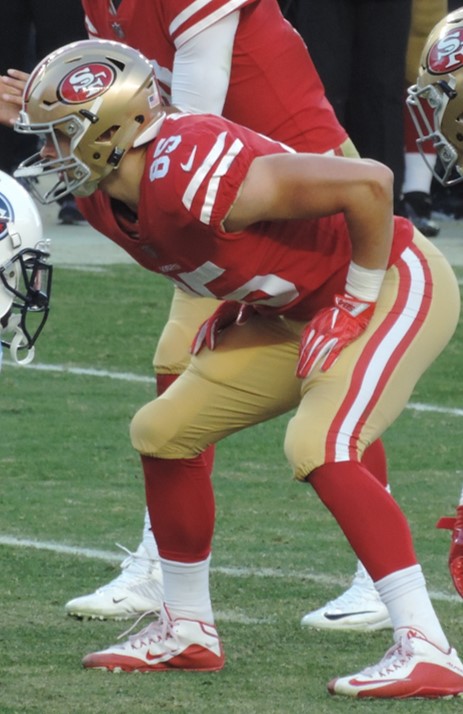 The Chiefs offense will overpower the Titans defense and the Titans offense won’t be able to keep up. Patrick Mahomes, the Chiefs quarterback, is a top 5 quarterback in the league and is a former MVP winner. The Chiefs also have Travis Kelce, who had the most receiving yards for a tight end this past year. Tyreek Hill, a wide receiver, is also a great weapon for the Chiefs and will be a critical piece in their game.

With the combination of these three players, the Chiefs should be able to outscore the Titans and win the game.

The second game of the week is the Green Bay Packers vs. the San Francisco 49ers on Sunday at 6:40 p.m. I think the 49ers will win this game and play the Chiefs in the Super Bowl. The 49ers will win because of their defense and electric passing game.

In my opinion, the 49ers d-lineman with Nick Bosa and Deforest Buckner should be able to slow down the run game of Aaron Jones and the Packers. They should also pressure Aaron Rodgers and make him think quicker. Jimmy Garoppolo, 49ers quarterback, should be able to move the ball against the Green Bay defense along with Tevin Coleman who will be the running back for the 49ers.

George Kittle and the 49ers offense should be able to score enough points to win the game, but their defense will need to step up if they want to move on.