Best moments in sports from the decade 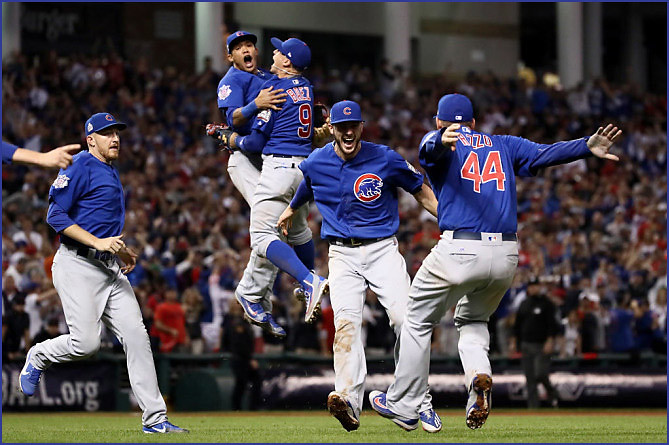 With the year, and decade, coming to an end, there were many moments in sports that defined the decade.

It was a decade full of upsets, miracles, and heartbreaking moments. Putting them all together, here is a list of one moment from each of the four major sports from each year that defined this decade:

Detroit Tigers pitcher Armando Gallaraga was one out away from a perfect game when first base umpire Jim Joyce blew an obvious call.

NBA star LeBron James made a shocking decision when he left Cleveland to make a super team in Miami.

Future Hall-of-Famer Drew Brees got his only Super Bowl win when they came back and defeated Peyton Manning and the Colts.

After LeBron went to Miami, Dirk Nowitzki led the Dallas Mavericks on an improbable title run when they beat the Heat in the Finals.

The most talked about player in the NFL was Tim Tebow, who led the Broncos to a miracle win against the Dolphins and a division title after starting 1-4.

Linsanity, or Jeremy Lin, took the NBA by storm with his clutch play and crazy moments with the Houston Rockets.

Not one, not two, but THREE different pitchers in the MLB threw a perfect game, including Mariners ace “King” Felix Hernandez.

Robert Griffin III burst onto the scene in his rookie year after winning the Heisman at Baylor. He would lead the Redskins to a great season in 2012 with his speed and passing ability.

Eighth seed Los Angeles Kings made an improbable Stanley Cup run, beating the top three seeds in the Western Conference and the New Jersey Devils in the finals.

Though it wasn’t in the pros, the Iron Bowl was one of the most memorable football games of all time. Tied with one second left, Alabama missed a 56-yard field goal. Auburn player Chris Davis caught the ball in the endzone, ran the length of the field, and beat the No. 1 ranked Alabama as time expired.

MLB caught players using PEDs (performance-enhancing drugs). One of those players was Yankee legend Alex Rodriguez, who hit 696 home runs in his career.

The Heat won their second straight finals after Ray Allen had the shot of his life, hitting a three falling away in Game 6 to help force a Game 7.

The lockout was the story of the NHL in 2013. It caused the canceling of the Winter Classic along with a shortened season.

With the heroics of star pitcher Madison Bumgarner, the Giants won their third World Series of the decade.

LeBron James announced to the world that he was coming home to Cleveland after winning two championships in Miami.

TJ Oshie led the United States to a shootout victory in the Olympics over the great team from Russia.

A star was born on Sunday Night Football when wide receiver Odell Beckham, Jr. made one of the greatest catches in NFL history.

Down by three in a winner-take-all game, the Toronto Blue Jays battled back to tie the game. Then, Jose Bautista hit a mammoth home run to give the lead capped off by the most infamous bat flip in MLB history.

With an elite running back in Marshawn Lynch, the Seahawks decided to pass on the one-yard line in the fourth quarter of the Super Bowl. The pass was intercepted, and Tom Brady won another championship.

Edmonton got a winner when they picked Connor McDavid with the first overall pick. He racked up 48 points in only 45 games his rookie year.

A dynasty was born in the NBA when Steph Curry made his name known and led the Warriors to their first title in forty years.

After waiting 108 years, the Chicago Cubs brought a title back to some of the best fans in baseball. They went on the road and defeated the Indians in extra innings in Game 7 of the World Series.

While the Indians lost, Cleveland still got their title. LeBron James, Kyrie Irving, and the Cavaliers spoiled the Warriors 73-win season when they battled back from a 3-1 series deficit.

Peyton Manning went out a champion when the Broncos won the Super Bowl in his final season.

Rookie Auston Matthews of the Toronto Maple Leafs put all the eyes on him when he scored four goals in his first-ever NHL game.

Down 28-3 to the Falcons in the Super Bowl, it looked like New England was done. That’s when Tom Brady made the greatest comeback in NFL history and made his case for being the GOAT.

After signing with the Warriors to make a super team, Kevin Durant dominated in the NBA Finals and helped them win their second title in three years.

After Chris Kunitz scored a double OT goal to down the Senators in Game 7 of the Eastern Conference Finals, the Penguins went on to beat the Predators and win their second straight championship.

In one of the longest and craziest World Series games in history, the Astros took down the Dodgers 13-12 in extra innings and eventually won their first championship in franchise history.

No one had expectations for a team in their first year of existence. The Las Vegas Golden Knights didn’t mind. They took the NHL by storm and made it all the way to the finals before losing to the Washington Capitals.

With ten seconds on the clock and no timeouts, the Vikings needed a miracle. That’s exactly what they got. Stefon Diggs caught a 61-yard touchdown pass as time expired, and the “Minnesota Miracle” was born.

UMBC. That’s all I have to say. In the greatest upset in NCAA basketball history, the No. 16 UMBC knocked out title-favorite Virginia in the first round.

In front of his home team, Bryce Harper put on a show when he won the home run derby.

Money talked in baseball in 2019 when Gerrit Cole, Manny Machado, and Bryce Harper all found new homes when they signed their 300+ million dollar contracts.

After the Raptors beat them in the NBA title game, the Warriors disbanded when Kevin Durant left for Brooklyn and Klay Thompson was ruled out for the season.

The Blues were in last place in the Western Conference until new goalie Jordan Binnington went into the net. They made it to the playoffs and eventually won the Stanley Cup.