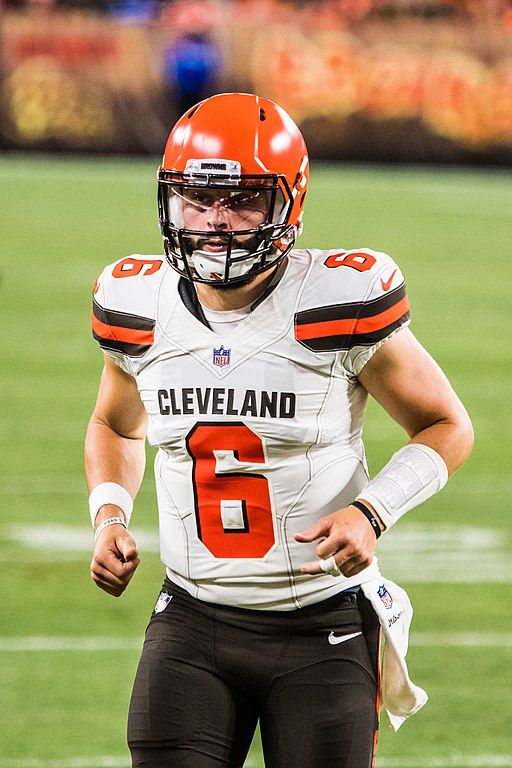 Thursday night, the Browns and Steelers played an ugly, chaotic contest.  It was a defensive battle throughout the entire game and both offenses really struggled to move the ball overall.

The game did start off quick, as Browns quarterback Baker Mayfield quickly led the Browns as he threw a deep 47-yard-pass to wide receiver Odell Beckham Jr.  He would eventually run a 1-yard-touchdown a couple of plays later.

After a couple of drives owned by the defense, the Browns would take the ball and drive it down the field.  There was another big pass interference call on cornerback Joe Haden. Wide Reciever Jarvis Landry would score on the next play to make it a two TD lead.

As it looked like the Steelers were finally going to score, the Browns defense forced a turnover of downs thanks to an incomplete pass on a fourth-and-2.

The game would get even worse for the offense as Rudolph threw deep for WR T. Jones, but it tipped off his hands and got picked off by CB Morgan Burnett who would return it for 43 yards.  Later, the Browns missed a 45-yard field goal, keeping it 14-0 at the half.

In the second half, it was all defense as Rudolph threw yet another interception by J. Schobert

The offense would finally wake up, as Rudolph led a five-play drive culminating with a Jaylen Samuels TD, cutting the lead to 14-7.

After a long 12-play drive, the Browns would miss another field goal, making it two misses.

But the Steelers offense could never gain any momentum, as the Steelers went for it again at fourth-and-1, and Rudolph threw another inaccurate pass.

To make things worse, Rudolph threw two more interceptions, leading the Browns to a short field to score and defeat the Steelers in an ugly game, 21-7.

But that’s not all to the story.  The biggest play of the game came after a play.  With ten seconds left, Browns’ defensive end Myles Garrett tackled Rudolph after Rudolph threw the ball, and Garrett refused to let go.  Rudolph would retaliate by grabbing Garrett’s helmet, but Garrett would grab and pull off Rudolph’s helmet, and try to hit him in the head with it out of frustration.  This would cause both sidelines to break out and a huge brawl erupted in Cleveland.

The NFL plans to deal with the situation in the next couple of days, with players being fined and suspended.  Garrett will most likely have to sit out for the rest of the season.

Pittsburgh has the 0-9 Bengals next week, while the Browns play the 2-7 Dolphins.