Boys volleyball on a roll 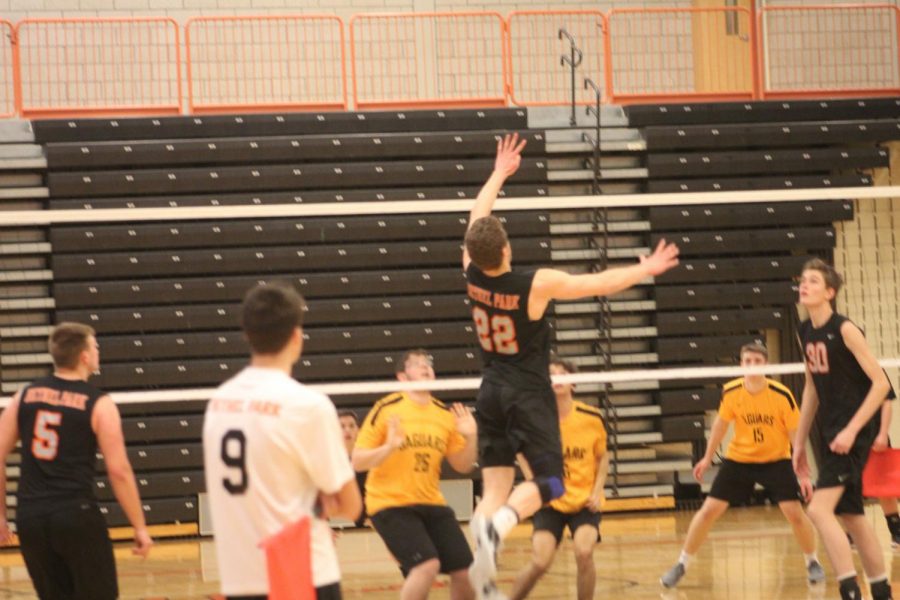 Max Cooley jumps to spike the ball during the Hawks' game vs. Thomas Jefferson on March 22. The Hawks won 3-0.

The boys varsity volleyball team has been dominant through the first month of the season. They are undefeated through eight conference games and have a two-game lead over the second place team.

Over the past seven seasons, the team has won seven outright and one shared section titles, racking up a 91-3 record through that time.

The Hawks have completed 3-0 sweeps out of the first seven section matches this season. Then, on April 18, they pulled out a tight one against Canon-McMillan 3-2, missing their outside hitter, senior Max Cooley, to injury.

“We’ve had quite a few knee, back and shoulder issues during the first month. We’re finally getting back to being a healthy team. We need to be healthy for the playoffs,” Coach Zach Smith said. (Ken Wunderley, Post-Gazette).

The Hawks have had some players step up in Cooley’s absence. Junior Austin Cortopassi has helped fill in at outside hitter.

The Hawks sit No. 2 in the WPIAL, behind the defending champions North Allegheny.

They met the No. 3 team Shaler already this year, completing a 3-0 sweep.

With five games left, the Hawks look to cap off an undefeated regular season and start their push to the playoffs. Click here for their schedule.