Athlete of the Week: Isabella Sciullo 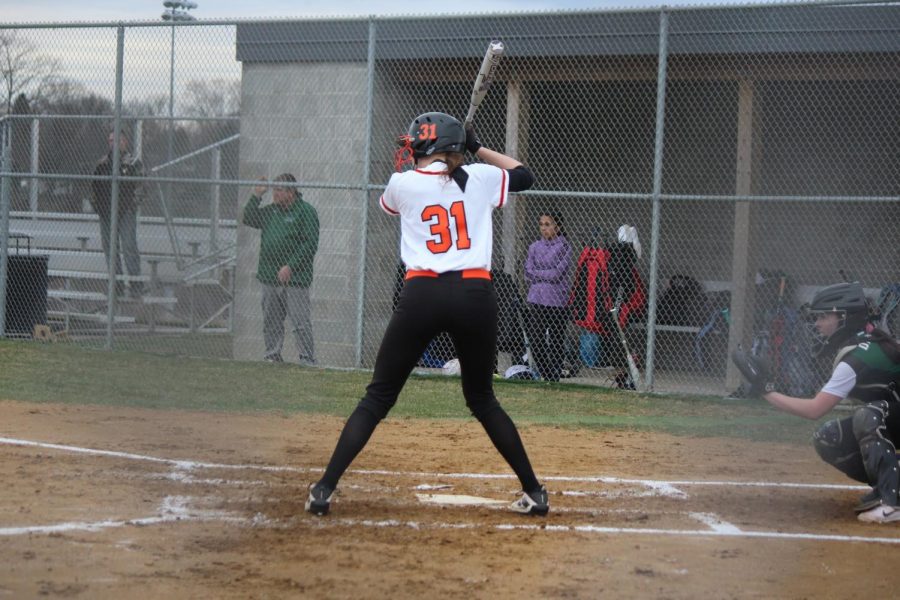 Isabella Sciullo prepares to swing during the Lady Hawks' game vs. Allderdice on March 28.

Isabella Sciullo is a senior at Bethel Park High School, and she is an infielder for the varsity softball team. Sciullo has played varsity for all four years of her high school career. As a senior, Sciullo looks to finally win a WPIAL championship, and she is certainly putting in the work for it. This year, Sciullo has two home runs, seven runs, six RBI’s, and three SACs. In addition, her on-base percentage is a whopping .423.

Sciullo has played four seasons with the Black Hawks, but she claims, “This season is my favorite so far, mostly because we are winning a lot, but I also feel we’re all a lot closer and having more fun this year. I think we have a good shot of going pretty far.”

Much of the team’s success is being credited to the team’s youth. The team has an extremely impactful sophomore class, with Sciullo’s sister Gianna (sophomore) being named the Pittsburgh Post-Gazette’s Athlete of the Week.

When asked about the team’s successful youth, Sciullo stated, “We definitely have a skilled group of girls this year and that’s a big part of it, but I feel it’s a combination of our talent and how close we are. But, we can’t take all the credit. Our coaches have been pushing us since January and have been a huge motivator for everyone.”

She plans to continue her educational journey at Penn State University in the fall of 2019. Sciullo will be studying engineering as a Nittany Lion. The best of luck to Sciullo and the rest of the varsity softball team as they finish out their season.