Will continue basketball at the collegiate level 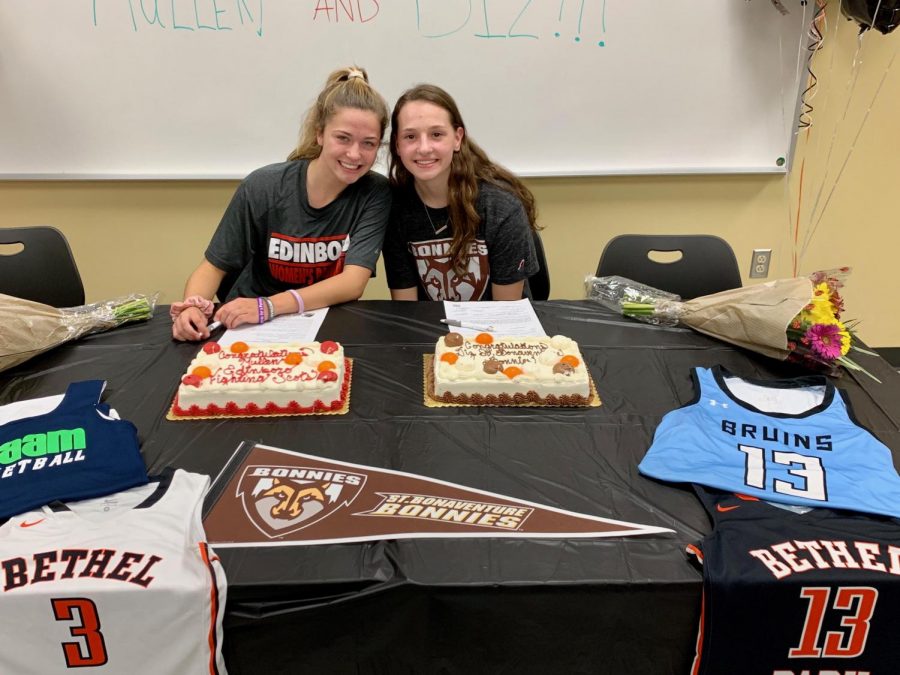 Lauren Mullen and Maddie Dziezgowski pose for a picture after signing their NLI's.

Thursday night, Maddie Dziezgowski and Lauren Mullen signed their National Letters of Intent. Dziezgowski will be attending St. Bonaventure in Allegany, NY. Lauren will be going to Edinboro University in Edinboro, Pa. They both will be furthering their basketball careers.

Maddie will be a fourth-year starter for the Black Hawks this upcoming season. She averaged 14.2 PPG, 7.3 RPG, and 1.5 SPG as a junior last year. She also earned First-Team All-Section amongst a very hard section. She verbally committed on March 30 after a great home visit. She plans on attending their pharmacy school. She played her last two AAU seasons with the WPA Bruins. You’ll see her in a brown and white uniform next winter.

“I chose St. Bonaventure for the academics, great basketball program, family atmosphere, supportive teammates, and amazing coaches who truly care about helping each girl grow as a player and as a person,” said Dziezgowski.

Mullen will be a second-year starter for the Lady Hawks this season. Even though she is a star on the court, she also participates in golf. Instead of pursuing her golf career, she chose basketball. Mullen told friends and family a few weeks ago that she will be attending Edinboro University. She also plans to go to their elite nursing school. Mullen played AAU for SLAAM basketball.

“I fell in love with the campus and the nursing program. The teachers made it feel like it was home. The dorms were also unbelievable,” Mullen said.

Mullen and Diz aren’t going to college yet. They want everyone to come to the girls’ games this year one last time. Congratulations to Maddie and Lauren!