BPHS to initiate the use of electronic hall passes

Students can access e-Hallpass by signing into the Clever extension on their Chromebook or app on their smartphones.

Beginning Monday, April 22, students will begin using electronic hall passes in what is a trial run.

During homeroom on Wednesday, students and staff watched a brief video to learn a little bit about the new e-Hallpass students are supposed to utilize in lieu of the plastic hall passes BPHS has been using for years.

The video explained that the electronic pass can be accessed on the Chromebook app/extension Clever and can also be used on a phone. Once installed, students can type in their requested destination along with the teacher’s name of the class he or she will be leaving.

After that, the student will be prompted to get that teacher to type in their personalized pin number so the pass can become valid.

As soon as the student is at the destination, he/she needs to get “pinned in” meaning that a new teacher will need to type in their pin to verify that that student, is indeed, in the spot they said they’d be.

That being said, when using the restroom, a student will take their device to the monitor desk, sign in on the clipboard, use the facilities, sign out, and then pick up the device and return to class.

If anyone is confused about the process and how to work the app, Clever has 11 walkthrough tutorial videos covering some common questions people might be having like how to create a pass, cancel a pass, how to use an auto check-in pin, and a few more.

This e-hall pass has a few extra steps to learn and get used to, but it is not impossible to use and understand. BPHS is trying out a different way to monitor where kids are in a way that is effective, instead of the blank passes students were using previously that did not properly indicate their whereabouts. 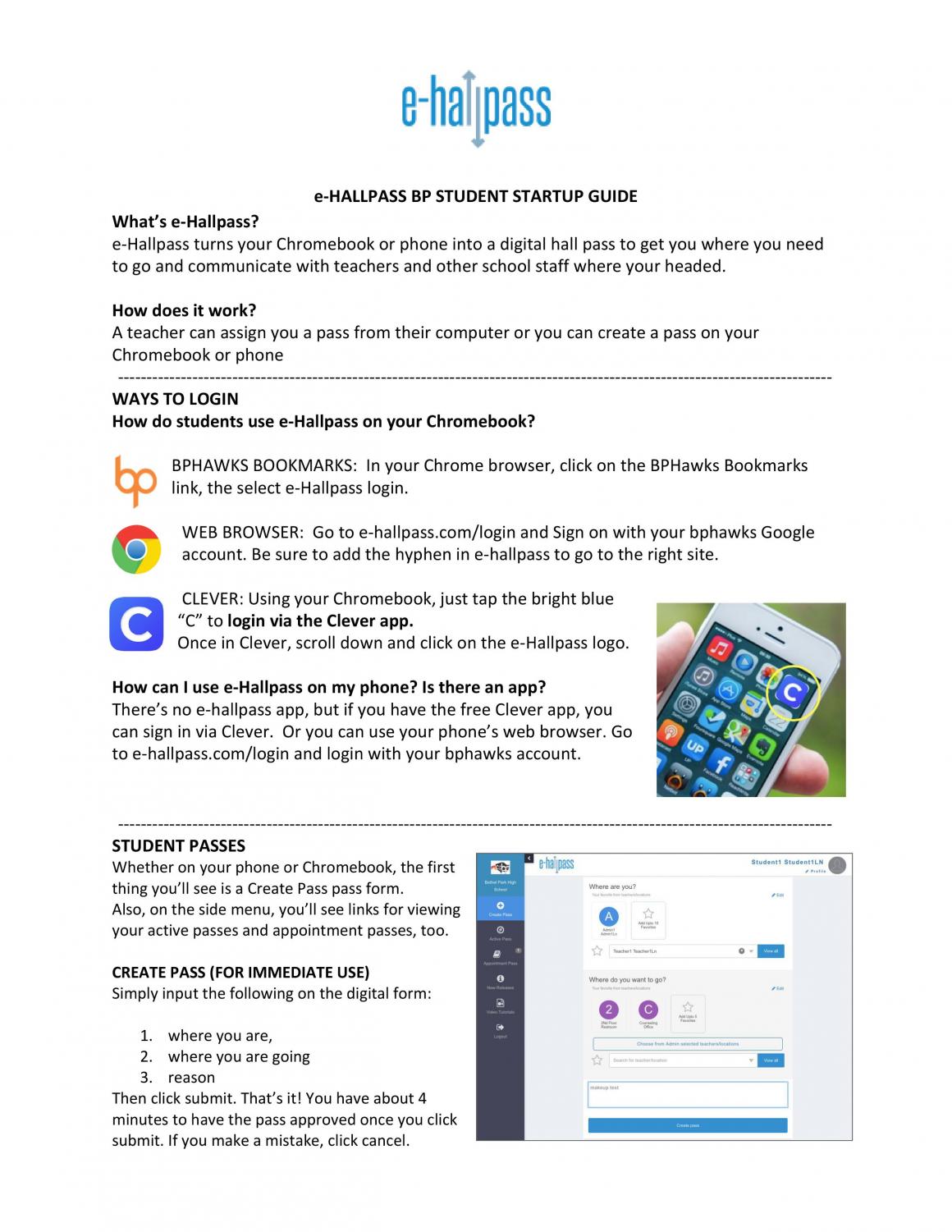 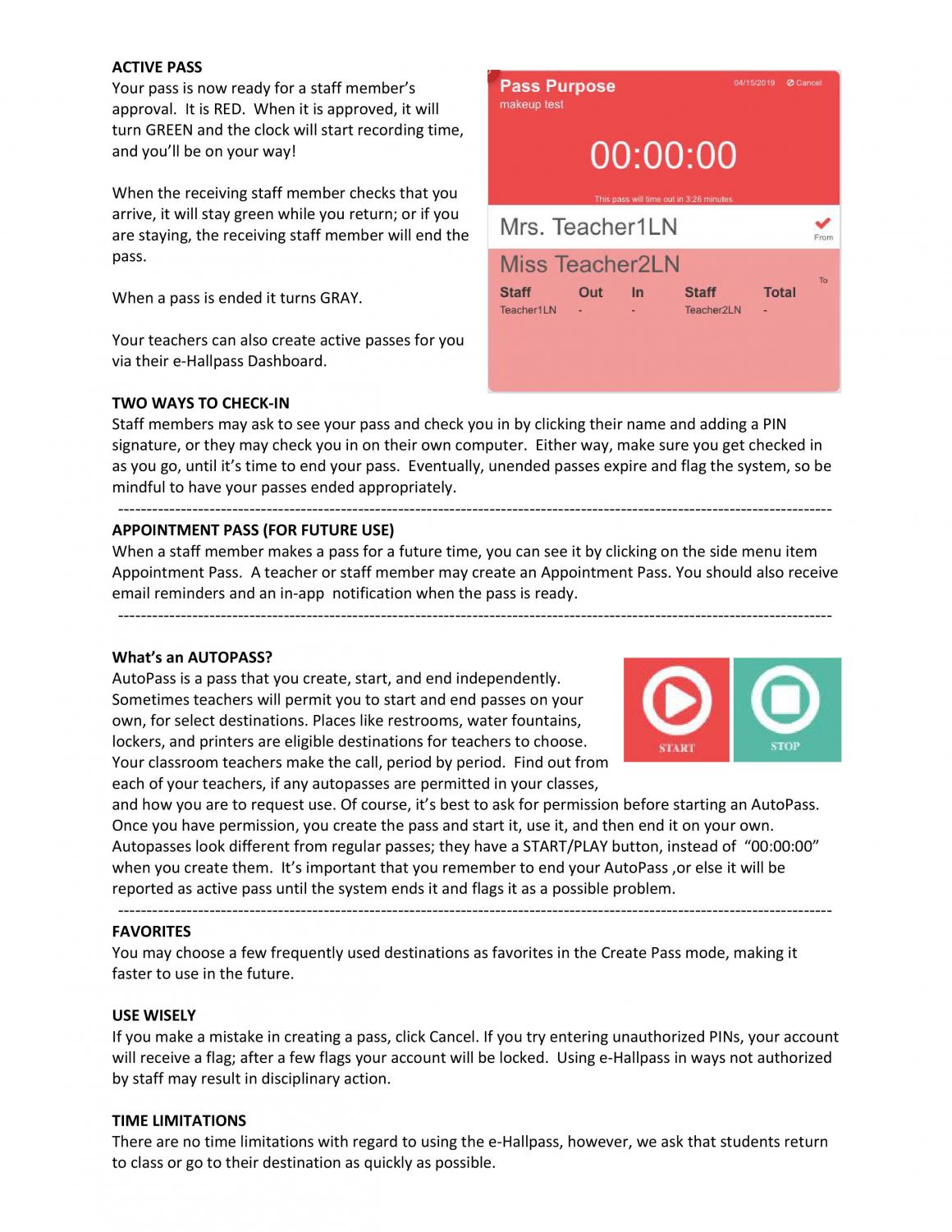