Practice your moonwalk; it’s time for the 80s dance! 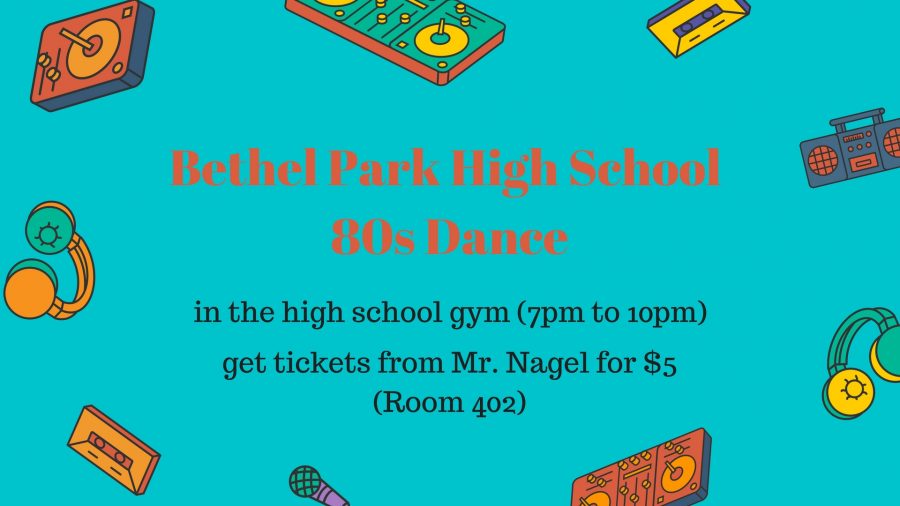 Tickets to the event are $5 each and can be purchased from Mr. Nagel in Room 402.

The ’80s dance is sponsored and planned by the BPHS Drama Club.

It’s the club’s last major event of the year, preceded by fall games and winter show.

Drama Club Vice President Leah DeJohn described the dance saying, “The ’80s dance is the dance I look forward to most all year. It’s a really great time and there’s definitely never a dull moment!”

Attendees at the dance sport their best ’80s gear in attempts to win awards such as Best Costume, Best Group, Best Hair, etc.

Previous award-winning ideas include, ET, The Breakfast Club, and The Ghostbusters.

Recipients of these awards are decided on by senior Drama Club Officers.

The event features a nonstop blast from the past with music from M.C. Readz, none other than the great Mr. Nagel himself.

So raid your parents’ closet, grab your hair gel, and moonwalk down to the ’80s dance on May 5th!