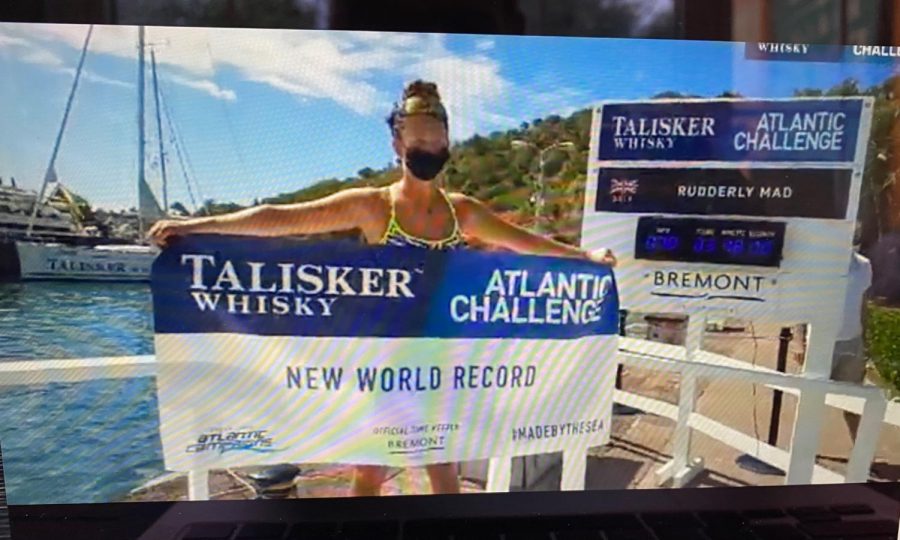 Jasmine Harrison became the youngest woman to have solo rowed the Atlantic Ocean.

21-year-old Jasmine Harrison recently managed to row across the entire Atlantic Ocean, solo. In a total of 70 days, three hours, and 48 minutes starting from Spain, she rowed the whole 3,000 miles to the harbor of Antigua.

In her celebration, she lit two flares and held them in the air as she floated into the harbor of her final destination.

Thankfully, there is a way to know how her journey went. A Twitter account kept track of the many ships and such that she encountered.

One post states, “A near-collision with a drilling ship, two capsizes, lots of peanut butter and Nutella consumed, visits from dolphins and a world record.”

On her personal website, she talks a lot about the reason she wanted to achieve this amazing feat in the first place. It occurred after she’d completed a challenge in 2018, ironically in Antigua. She decided that she wanted to row the entire ocean.

She is now holding the first-ever record for this feat, as well as being the youngest to ever attempt it, too.