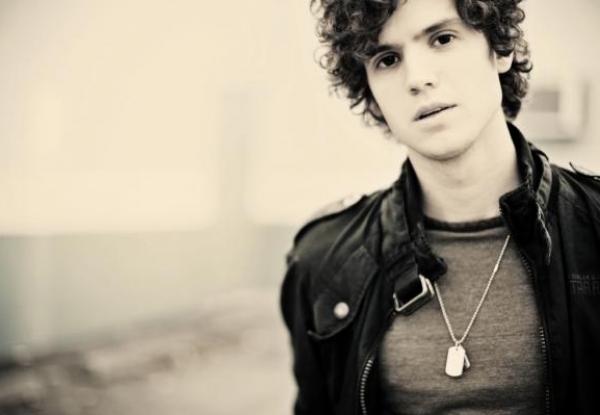 A BPHS graduate and former Bethel Park resident, singer and songwriter Steve Moakler is now a star in the music world.

Moakler graduated from BPHS in 2006 and lived in BP from birth to high school graduation. Even then, though, he was surrounded by music.

“I started writing songs and had a couple bands in middle school,” Moakler said to the City Paper. “I was always the lead singer and songwriter, and we took it as far as we could as a high school local band.”

After high school, Moakler moved to Nashville, Tennessee and started his singing and songwriting career.

“I was offered a small, independent record deal and ended up turning it down and moving to Nashville,” Moakler said to the City Paper. “I went to college there a couple of years, and that was my gateway into the city.”

“I went to class during the week, toured on the weekends and wrote songs.”

Nashville is home to many famous singers, and is not named ‘Music City’ for nothing. In addition, Nashville is a great town for songwriters. This is the reason Moakler left the ‘Steel City’ for ‘Music City.’

“My first love is songwriting, even more than performing,” Moakler said to the City Paper. “There were a few artists in Nashville that weren’t country artists, but were part of this cool, independent, rootsy pop singer-songwriter scene and that drew me there.

“Nashville is a lyric town, and writing songs has always been the most important thing to me.”

Moakler considers himself and his music as country, as he has written songs for many country megastars, like Kellie Pickler and Dierks Bentley. And, Moakler wants to continue that in his future music.

“To me, country is mainstream, pop, singer-songwriter with twang-type music,” Moakler said to the City Paper. “Country is also such a songwriter’s format. It’s not about the sound or innovative production methods — it all comes down to the melody and the message.”

Moakler has released three albums. His first album, released in 2009, is entitled, All The Faint Lights, and features hit songs “Run” and “All the Faint Lights.” His next album, released in 2011, had even bigger success. Watching Time Run had the hit single, “Can’t Stop Thinking About You.” In addition, the album debuted at Number 1 on the Singer/Songwriter Chart and was in the Top 50 chart on iTunes.

His latest album, though, has defined Moakler’s career. Wide Open was released in 2014, and features the single “Wide Open”.

Moakler is currently on his second tour after starting his touring career in a Chicago club. And, he is embracing the chance to show the world his music.

“This is my second club tour as a headliner,” Moakler said to the City Paper. “This is really a grassroots thing. We never had a song on the radio or had any type of press before.

“For the past four or five years, my entire team has consisted of me and a friend who was my manager. …I now have an amazing team. We’ll be making a new record this spring and, honestly, we’re starting to move toward that mainstream country sound.”

Moakler started his second tour, the “Humble Operations Tour” on May 7 with a stop at the Jammin’ Java in Vienna, Virginia.

He stops regionally on May 8 at his only sold out spot of the tour. At Club Cafe in Pittsburgh, Moakler will headline and perform with Neal Carpenter.

Moakler will also stop at Rockwell Music Hall in New York City on May 9; World Cafe Live in Philadelphia on May 10; The Pyramid Scheme in Grand Rapids, Michigan on May 15; Evanston S.P.A.C.E. in Evanston, Illinois on May 17; City Winery in Nashville on May 22; and his final performance of the tour at Eddie’ Attic in Decatur, Georgia on May 24.

Congratulations to Moakler on his past successes, and good luck to him as he releases more albums in the future.