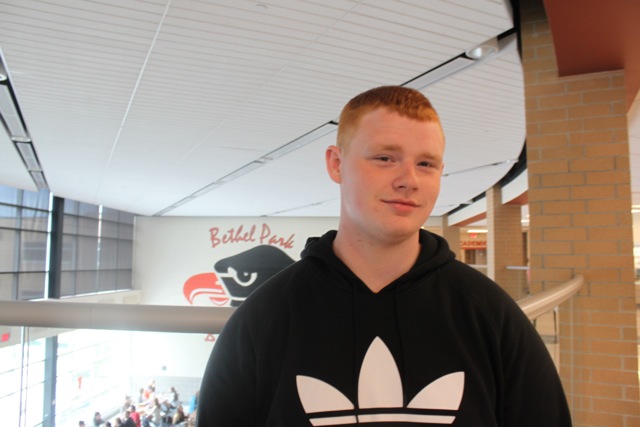 It was a normal day for 18-year-old senior Renno Young as he drove home from his construction classes at Steel Center.

Renno realized there was danger when he saw his neighbor’s house on McPherson Avenue was on fire. Young did not think twice about stopping his car and rushing to rescue the person he saw trapped inside.

Young’s elderly neighbor’s house had caught on fire and she was unable to get out by herself. Young bravely approached the burning house and opened the garage door for his neighbor. He carried her outside as oxygen tanks inside the house burst into flames. The woman could not breathe without her oxygen tank, so Young laid her down to help her breathe easier as he called 911.

The woman’s husband was not home at the time, and investigators are not yet sure how the fire started. The woman’s dog was able to escape through the garage door as well. The woman is now safe and recovering in the hospital.

Young says, “I wasn’t scared for myself. I was only worried about my neighbor inside. I was the only person around so I knew no one had come out of the house.”

Young is now making news headlines and being regarded as a hero. A teenager who went out of his way to save another person, not even thinking twice about putting himself at risk. Young’s act of heroism is truly admirable.