How things work: A gas engine 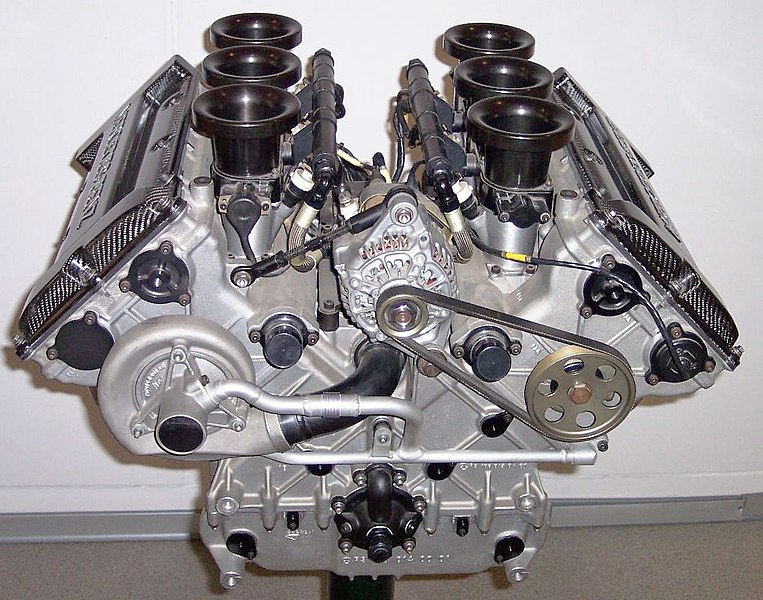 a V6 engine a common engine found in SUVs and Trucks. Also found in some compact cars.

Without even thinking about it you probably hopped in your car and went to school this morning, or went to work, or took the bus. Regardless of whether it’s a car, SUV,  truck, or bus, assuming it’s a gas vehicle, it all works in the same way.

Let’s first start with the ignition. When you first put your key in the ignition and turn it, that noise you hear for a few seconds after you turn the key is the electric starter motor which is a small electric motor that spins the engine a few rotations.

This movement of the engine caused by the motor pushes the pistons up and down and actually forms an air movement that sucks in the fuel vapors from the gas tank. Finally, the spark plug ignites the fuel which causes a little explosion also known as combustion inside the cylinder head where the piston is.

This explosion forces the piston downward and the other piston upward. Air and fuel continue to enter the engine, and the engine is now considered running.

The more gas that goes in the engine at one time, the faster the pistons move up and down, and the wheels spin.

Pushing the gas pedal to go 70 MPH will have a lot more gas in the engine at once compared to if you only were driving 15 MPH.

To sum it all up, it’s all about fuel and air intake. Just remember, if you get a speeding ticket, the only mistake you made was letting too much gas inside your engine at once.