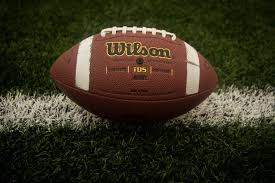 A picture of a Wilson football sitting on a football field

Every year for the past 54 years, people from across the globe have gathered around the TV and at different stadiums across the US to watch America’s favorite championship, The Super Bowl. And with every great television event, there have to be some good ads. Many people who aren’t even sports fans tune into the Super Bowl each year just for the iconic ads and this year was no different. Here are my top five picks for this year’s best Super Bowl commercials.

5. Mountain Dew Zero- Earlier this year, Mountain Dew released the newest version of their pop brand. They displayed this new type with a “Shining” (the movie) style commercial that caught my eye. They made a few references to the movie with a refreshing Mountain Dew twist.

4. Baby Peanut- Before the Super Bowl aired, Planters released a commercial of their star mascot falling to his death, and then saying the funeral would be shown at the Super Bowl. But what happened next had everyone in shock. Mascots from different companies gathered at a cemetery to pay their respects, but due to a crying Kool-Aid man, baby nut was born.

3. Google- It wouldn’t be the Super Bowl without a commercial from Google. But this year’s ad tugged at everyone’s heartstrings a little hard. This commercial was about a man suffering from Alzheimer’s, and he asks his Google assistant to remember the best things about his relationship with his wife. For example, he asked Google to remember that her favorite color is purple and that their favorite movie is Casablanca.

2. Jeep- Along with the Super Bowl being on February 2, so was Groundhog Day. So why wouldn’t we want to see Bill Murray reprise his iconic “Groundhog Day” movie role? Bill Murray wakes up on Groundhog Day just as he had before except his way of getting away from everything was with a brand new Jeep, time after time.

1. Bud Light-  My No. 1 pick this year is Post Malone’s Bud Light Seltzer commercial, not for it being a beer commercial but for the entertaining aspect of Malone himself. In the commercial, Malone fights with the “little voices” in his head and destroys a gas station while deciding whether to get original Bud Light or the new Bud Light Seltzer. And after deciding to get both, he looks at the clerk and asks if they have any pretzels.

Very special honorary mention- There is one more commercial I feel that needs mentioned. A man paid $6 million for a 30-second commercial to thank the University of Wisconson School of Veterinary Medicine for saving his dog, Scout, from cancer.

This year was not the best year for commercials, but these were the best among them. And I’m looking to see if companies make a better decision next year.