People need to stop clowning around 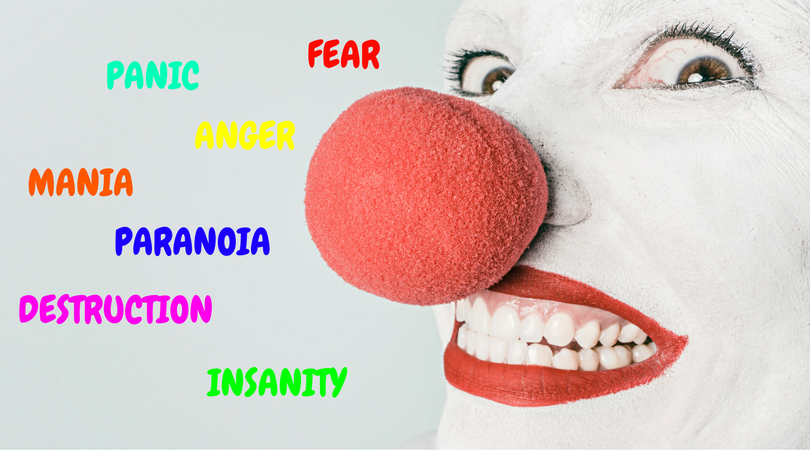 So it’s officially October, the smell of pumpkin spice everything wafts out of coffee shops and restaurants, jumbo packs of candy fill store shelves, and killer clowns have emerged from the recesses of society.

Of course, every year has its weird news story. The past few years have given us Slenderman, the ice bucket challenge, keep calm memes, planking, YOLO, the Harlem Shake, and the cinnamon challenge, which are just the tip of the iceberg. So yes, we humans can be pretty darn stupid sometimes with pouring ice water over our heads, eating copious amounts of cinnamon, and laying straight across a random location.  But now we have decided creepy dangerous clowns are the new thing? WHY?

If I told someone last year the White House press briefing would contain information about killer clowns today, they would have laughed in my face. White House Press Secretary Josh Earnest said at the press briefing on Tuesday, Oct. 4, “Obviously, this is a situation that local law enforcement authorities take quite seriously and they should carefully and thoroughly review, you know, perceived threats to the safety of the community and they should do so prudently.”

I’m not sure whether to laugh or cry when I think about the White House being questioned about creepy clowns instead of  more relevant and pressing matters of state.

Why did this clown frenzy start? Who decided the next threat to the safety of American youth would come not from school shooters or terrorist attacks but from people armed with white face paint and rainbow wigs?

The start of more recent clown frenzy started with Stephen King’s horror novel, It. The story follows the exploits of seven children as they are terrorized by a demon, which exploits the fears and phobias of its victims in order to disguise itself while hunting its prey. “It” primarily appears in the form of a clown in order to attract its preferred prey of young children. This was the first of a long line of disturbing clown stories. In fact, if you search creepy clown movie on Google you get 150 results suggested, and almost 200 pages of website results.

The fear of clowns is a legitimate, scientifically confirmed phobia known as coulrophobia. Imagine how many young people will have lingering fears all because some person decided to dress up like a clown and scare people and others decided to use the clown suit to attack and harm others.

So to anyone out there who thinks it’s a great idea to dress up like a clown and scare people, think before you act. Don’t be the person future generations blame for making the age-old expression, Quit clowning around, a matter of national security.