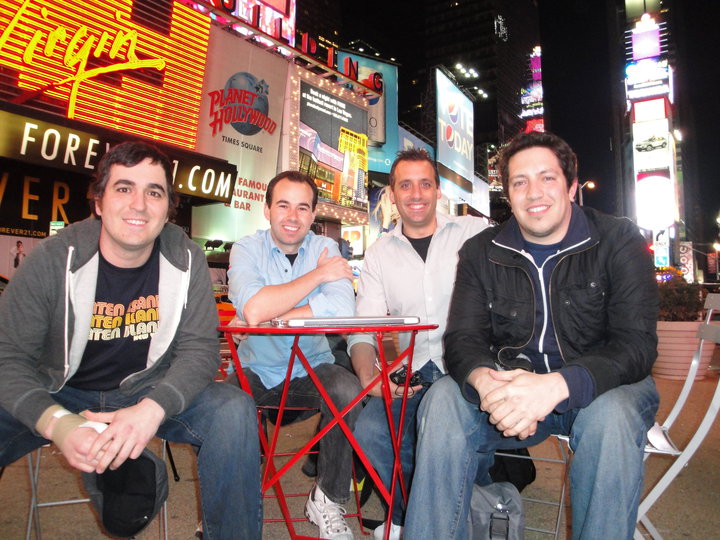 If you’ve ever tuned in to truTV, then you would know who the Impractical Jokers are. People who have seen the show know very well how funny it can be. Four friends from Staten Island, N.Y. who grew up with each other make their comedy dreams come true. As of now, they have eight seasons of their show with more to come in the future. The show follows Brian Quinn, James Murray, Sal Vulcano and Joe Gatto as they use hidden cameras to capture challenges given by the others. The popularity of the show has risen since its debut in December of 2011. Many fans love the charismatic personalities on the show and find it very addicting to watch.

On December 17, 2019, a trailer was released for the “Impractical Jokers: The Movie,” and many fans were excited. The movie was released on February 21. When I went to see this movie, I knew exactly what to expect: lots of laughs, jokes, and the bond between four great friends. The movie includes the same challenges as the show would, but this time there is an overarching plot to the whole thing. Over the course of an hour and thirty-three minutes, you see how the show all started, and how one big event has come back to haunt them again.

Movie reviewers, however, didn’t seem to feel the same way. One popular source of movie reviews is Rotten Tomatoes. They base their reviews on a percentage. This means the higher the percentage, the better the movie. “Impractical Jokers: The Movie” received a lowly twenty-seven percent on their scale. This score may seem low, but other big movie reviews like IMDB gave it a 7/10, which is a great score!

Fans of the show will very much be happy with this movie and should go see it. It’s an overall comedic movie with a plot that you shouldn’t take too seriously considering the Impractical Jokers. In my opinion, no matter what the critics say, this movie is a great watch and will make your face hurt from laughing.