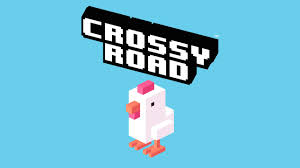 If you have a smartphone or tablet, most likely, you have a lot of games on it. But, you wonder, what games would I really like? What games are better than others? Should I download this new game. Well, in this new series, I examine the most popular games to see if it should be played by people like you.

This review is centered on a new game, called Crossy Road. I will judge this game, and all others, on five categories: overall play, achievements and awards, price, graphics and movement, and addiction rating (if it is too addictive). I will give each category a letter grade, and then average all of them for a final grade.

1. Overall Play: Crossy Road, made by Yodo1 Games, was introduced on January 14 of this year, and follows an old game. The game is like Froggy, where you have to cross logs to get to the other side of the river. However, Crossy Road puts a new spin on that. In the game, you must help your animal cross rivers, roads, and railroad tracks. What is intriguing is that all the logs to cross the river and cars on the road go different speeds and directions.

While playing, the main goal is to get as far as possible without getting killed, whether by water, cars, or trains. Every so often, there are coins that you can collect. These coins add up, so you can hit the lever and get new characters. In addition, the game features over 50 characters to get via coins.

Furthermore, you have to keep moving forward. Otherwise, a hawk will come by, and eat your animal. Also, if you go to far left or right on the river, you hit the current, which makes you automatically lose.

The only problem is that it cannot be paused. You must exit the game totally to pause it, or keep going on the game. However, this is very minor, and can be maneuvered around.

2. Achievements and Awards: This game is great in terms of getting far. However, you do not get rewarded often. There are only six or seven achievements. And, even if you pass them, you do not get coins or characters. Furthermore, there are no awards.

In the game, due to the lack of achievements, the main goal is to get to 2,000, the highest score ever.

3. Price: The game is free to download. In addition, even though you cannot buy coins to get the animals, you can get the animals themselves. Each animal costs 99 cents. In addition, if you want to increase how many coins you get, and you do not want to spend money on the animals, you can spend $3.99. This gets you a piggy bank. The bank allows you to increase how many coins you get. This is a great price, because in many games, you have to pay up to $100 to get the amount of coins you want to get a certain character. In this game, you can by the characters upfront, and you do not have to spend more than $5.

4. Graphics and Movement: The game has very realistic graphics. The cars have a retro feeling, and even have some music. Trucks are also featured in the retro style. They also have exhaust, which is very much like real trucks.

Trains and rivers are also life-like. The trains have multiple cars, while their tracks have the signs warning of upcoming trains. In addition, the rivers have currents that go fast and sweep you away.

Movement is straightforward in the game. With only a swipe in any direction, it is easy for one to control the character.

5. Addiction Rating: I rate addiction from an A (not addictive) to an F (very addictive) on an A, B, C, or F rating. This game is like Candy Crush. One might go on for hours trying to beat their high score or to get the maximum score. It is very hard to stop the game, because you can become so dead-set on beating the high score, no matter how much time it takes.

This game is great from all aspects, from graphics to price to overall play. However, it is a problem if you become addicted to the game. In addition, what is the point of getting an achievement if you do not get rewarded for it?